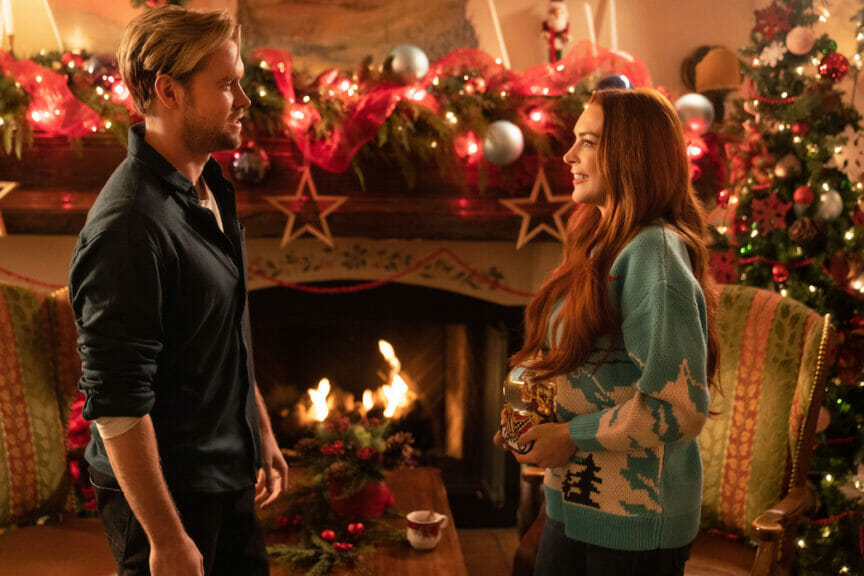 The wholesome movie is filled with love and romance throughout, but what about Chord Overstreet’s love life in real life? Is the actor with someone, or has he already been taken off the market and engaged?

Being popular amongst his audience, Chord Overstreet was involved in several high-profile relationships in the past. Sources linked him to stars like Emma Roberts, Lily Collins, Rumor Mills, Ashley Benson, and Emma Watson. However, according to reports, those relationships only lasted a few months.

Most recently, the former Glee actor was dating Suzanne Somers’ granddaughter actress Camelia Somers, well known for her role on the daytime soap opera The Bold and the Beautiful on CBS.

Although the couple wishes to keep their relationship out of the limelight, according to People, Chord and Camelia have been dating since December 2020. Page Six also reported that the couple quarantined together during the coronavirus pandemic.

Their relationship might not be the most popular one, but the actors share their affection when required. They have previously used their respective social media platforms to share loved-up posts and snaps.

Although they have not publicly announced their plans, we might see the couple doing so at some point.