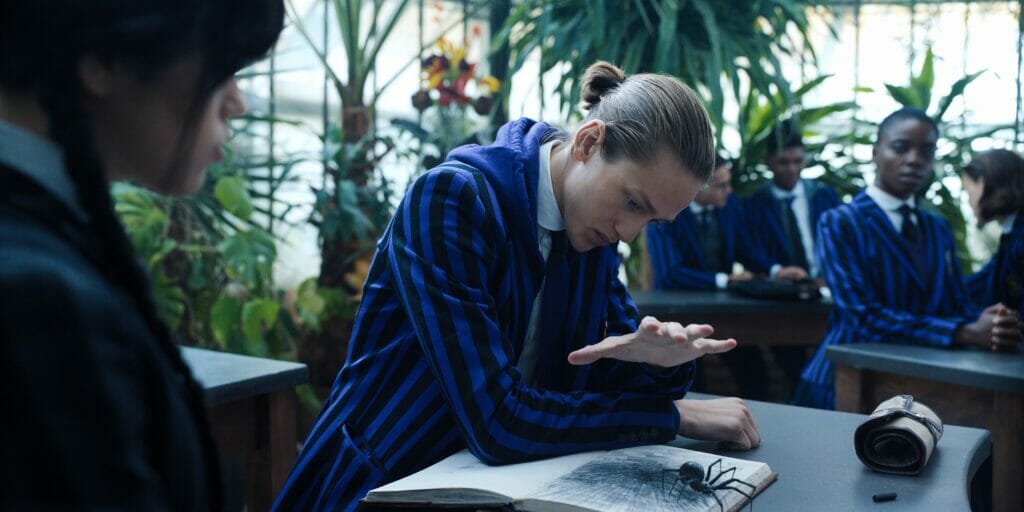 Canadian actor Percy Hynes White depicts the role of Nevermore Academy student Xavier Thorpe in the new Netflix series Wednesday. The series is centered on the character Wednesday Addams played by Jenna Ortega. Some might recognize Percy from his role as Andy Strucker in the Fox series The Gifted.

Fans can follow Percy @percy, who is pretty active on social media. His feed is full of incredible snapshots showcasing his artistic talent and photography skills.

The young actor is well known for playing the character of Andy Strucker in the Fox Marvel series The Gifted. He has also worked in the television series Between and in movies like Age of Summer, Christmas Horror Story, and Edge of Winter.

Who are Percy Hynes White’s parents?

His parents are Canadian actor and novelist Joel Thomas Hynes and television writer Sherry White. His father’s most famous book is his 2017 award-winning novel We’ll All Be Burnt in Our Beds Some Night. He’s worked in popular series like Orphan Black, Trickster, and Mary Kills People.

White is also an actress, though she is better known for writing and producing work on Canadian series like Rookie Blue and Saving Hope. She wrote and directed the feature film Crackie and the screenplay for the award-winning biographical drama Maudie.