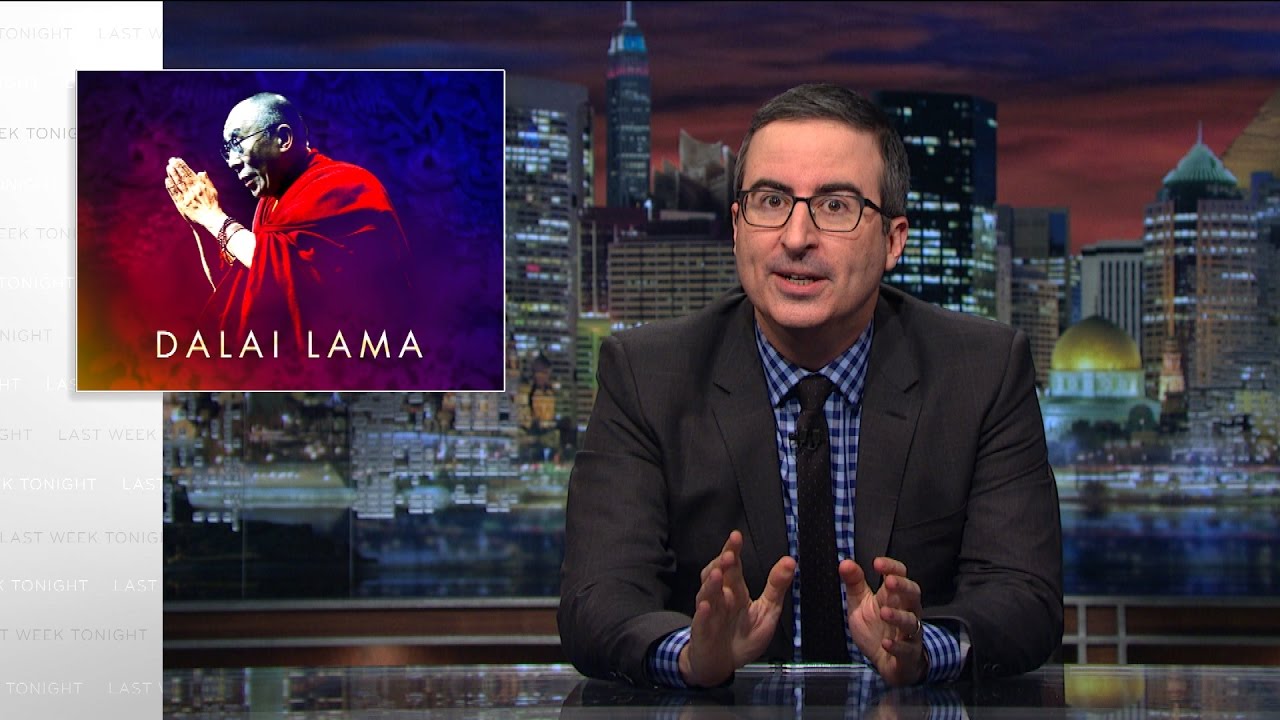 John Oliver last Sunday talked about disputed territory between Tibet and China, referring to the territory as, “confusingly big.” He then juxtaposed Tibet’s size with Willem Dafoe’s dick: “too big… everybody got very confused when they saw it.” All dicks aside, the statement actually makes sense in regards to Tibet’s size. This is because Tibetan exiles believe the territory of Tibet is larger than the Chinese perceive. However, Oliver was able to sit down with the Dalai Lama and discuss Chinese oppression. But most importantly, the Dali Lama told Oliver he cured Mongolia’s alcoholism with horse milk.

Who is this Robed Man?

The 14th Dalai Lama, Tenzin Gyatso, is a Tibetan monk of the Gelug school, a new school of Tibetan Buddhism. Tibet’s history is riddled with Chinese oppression that eventually forced the Dalai Lama to live in exile in India. He’s a profound spiritual leader who won the Nobel Peace Prize in 1989. He has traveled the world and has spoken about the welfare of Tibetans, women’s rights, sexuality, and other topics.

Tenzin Gyatso may be the last Dalai Lama. In order for a new Dalai Lama to be found, a Panchen Lama must be named, but he was taken into custody by Chinese authorities. The Chinese have also chosen a pseudo Panchen Lama but most Tibetan’s refuse to acknowledge him. And Gyatso is perfectly fine with being the last of his lineage.

Lastly, check out this article on John Oliver’s coverage of Trump and Putin.