Anticipation for the fall 2022 anime lineup is very high, with new seasons for popular shows along with new screen adaptations of manga. As summer comes to a close, here are the anime you can be most excited about in the following months.

After almost a year of waiting, Netflix is releasing 12 new episodes of Stone Ocean, the sixth part of Jojo’s Bizarre Adventure. This season follows Jolyne Kujo’s, Jotaro’s daughter, after she was wrongfully imprisoned for fifteen years. She discovers her stand along with the ancient rivalry between her family and Dio through his accomplice Enrico Pucci.

The sixth season animates the Paranormal Liberation War arc from the manga. The trailer focused attention on the building fight between main characters Deku Midoriya and Tomura Shigaraki while also displaying just how many characters will be involved in the entire conflict. The show will air in Japan on October 1st but Crunchyroll has announced that it will be available to stream on the website.

Nearly three years after the release of season two, Mob Psycho 100 returns with a new season. This season will depict the main character Shigeo Kageyama’s struggle with his future and extremely powerful ability. Like My Hero Academia, Crunchyroll announced its plans to stream the new season when it is released in Japan.

One of the most popular new anime, Spy x Family, returns only months before its original premiere to continue the story where season one left off. The anime follows spy Loid Forger creating a fake family for one of his missions with a telepath daughter and assassin wife. Spy x Family will be on Netflix in some Asian countries but will only be streamed in the US on Crunchyroll and Hulu.

One of the most anticipated new releases this fall follows Denji in a world in which devils are manifested from human fears. He dies on a mission with his devil-dog, who makes a contract with him to become his new heart, turning him into a hybrid human-devil called “Chainsaw Man.” The show will be available to stream on Crunchyroll in October.

After about a decade, Bleach, of the anime “big three,” is making its comeback to properly conclude the series. In 2020, Weekly Shonen Jump announced that the show has been renewed for a final season that will adapt the Thousand-Year Blood War arc, which is about 200 chapters in the manga. This long-awaited finale has been rumored to stream on Disney+ instead of Crunchyroll, but nothing has been confirmed yet so keep an eye out for news. 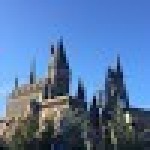