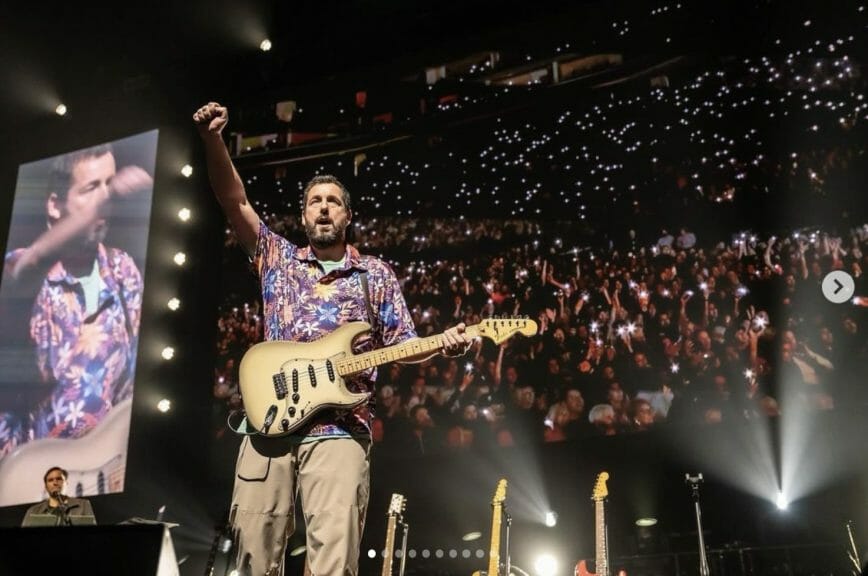 Spaceman, starring Adam Sandler is coming to Netflix soon. Adam is coming with three new movies this year – one of which is the Spaceman, which will see Adam Sandlertravel to space.

Spaceman is a film based on a 2017 science fiction novel by Jaroslav Kalfař, about an astronaut who takes advice from an alien on his spaceship.

Spaceman is full of Sandler’s typical jokes and will be unique as it is out of the normal realm of his comedy genre. Some of the actor’s best films have been dramas, like Hustle, Uncut Gems, and Punch Drunk Love.

Johan Renck directs the film, and with his record of directing HBO miniseries Chernobyl, a few episodes of Breaking Bad, and the upcoming television show Dune: The Sisterhood and Colby Day.

OTT giant Netflix has just announced an official release date of Spaceman, but the news and updates hint the launch could be possible in late 2023.

Spaceman film is based on the story of astronaut Jakub Procházka (Sandler) on his journey into the Galaxy for mysterious space dust. Jakub’s time in space allows him to get rid of his messy life back on Earth. The story turns out when he hears an ancient creature’s voice on the ship.

The film features some famous faces like Adam Sandler, Carey Mulligan (Academy Award-nominated), Paul Dano (BAFTA nominated), Kunal Nayyar, and many more. Know the entire cast of the film below.

The makers have not revealed any teaser or trailer for the show. And the same is expected to come by the Summer of 2023. Stay tuned for more updates on Spaceman and other entertainment stuff.