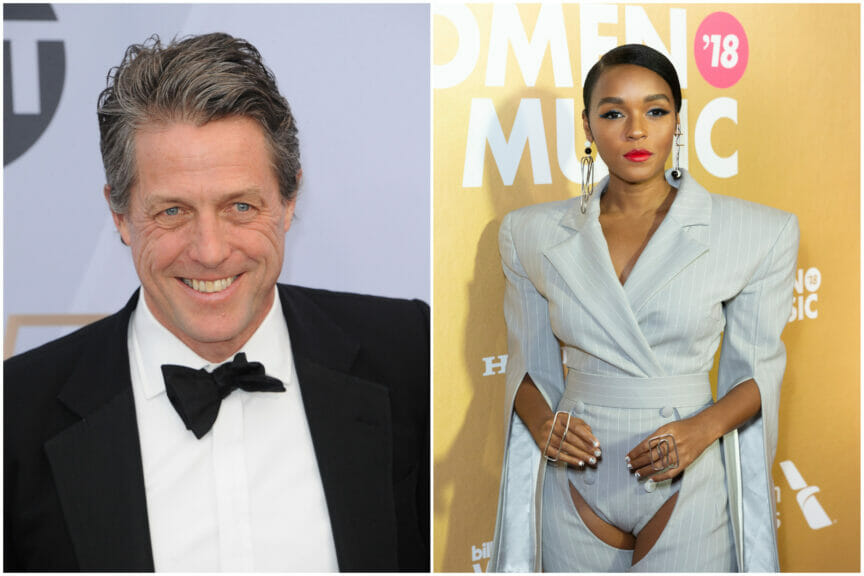 Netflix’s “Glass Onion: a Knives Out Mystery” is a certified hit. Audiences love Benoit Blanc (Daniel Craig) and his house husband, played by Hugh Grant–in fact, they’re all anyone’s talking about. But, in a cruel twist of irony, viewers have overlooked the real star of the show, Janelle Monae, and her triumph of a character, Helen Brand.

Here are some things I, as a casual observer, knew about “Glass Onion” before watching. Detective Benoit Blanc was charming, bad at “Among Us,” and gay. Hugh Grant played Blanc’s stay-at-home husband, an equally-charming man in a cooking apron.

Surprisingly, this entire whirlwind of news resulted from a thirty-second cameo in the beginning of the film. The real message of “Glass Onion,” I realized, was far more powerful–groundbreaking, topical, and brave.

But no one was talking about it.

How Hugh Stole the Spotlight

Benoit Blanc, the protagonist of the “Knives Out” franchise, certainly deserves all the love and acclaim he receives. With his eccentric personality and charming Southern accent, Blanc’s been an Internet darling since his first appearance in 2019.

So, when the new sequel confirmed Blanc’s character as gay, fans rejoiced. They also loved Hugh Grant’s role as Blanc’s husband, though he appeared on screen for less than a minute.

Blanc and his husband constituted a good majority of online commentary. Headlines such as “Hugh Grant’s ‘Glass Onion’ Cameo is a Win for the Gays” and “Glass Onion Viewers Can’t Believe ‘Hilarious’ Hugh Grant Cameo” overshadowed more serious discussions of the film’s themes, motifs, and messages.

Of course, any kind of LGBTQ+ representation should be celebrated. However, “Glass Onion” has much more to offer than a blink-and-you-miss-it cameo.

“Glass Onion” tackles many ethical dilemmas of today’s climate, including elite corruption, polarizing politics, and the rewriting of history to exclude people of color, especially women.

A quick overview: “Glass Onion” centers around billionaire Miles Bron, co-founder and sole owner of tech company Alpha. As the central mystery unravels, viewers realize that Bron’s ex-partner, Andi Brand, was the true brains behind Alpha. Bron cut her out of the company, took the credit for himself, then killed Andi after she threatened to expose the truth.

Helen, though she wasn’t well-educated or wealthy, became the movie’s true hero. She risked her life to impersonate her recently-deceased sister, then took down Bron using her own ingenuity and determination. Interestingly, she did this on her own, without official help from Benoit Blanc. Therefore, “Glass Onion” not only focuses on a powerful woman of color but tells an important story about opposing society’s corrupt systems and standing up for the truth.

In “Glass Onion,” Andi Brand, a woman of color, was overshadowed by Miles Bron, a white man with little real contribution to her greatest accomplishments.

Although this is by no means a dig at Hugh Grant, it’s very telling that audiences are more focused on him and Craig than on Janelle Monae’s stunningly powerful performance. After all, life does imitate art, and white men often receive more attention than women of color–whether they ask for it or not.

It’s truly wonderful that casual LGBTQ+ representation is working its way into popular media, especially for middle-aged men. However, it may be time to take a step back and consider why talk of Grant’s performance outweighs more important, or more serious, conversations.

All in all, every actor in “Glass Onion” did a phenomenal job, and contributed to the making of an excellent film. Everyone loves Hugh Grant and Daniel Craig, but let’s give some credit to the rest of the cast!