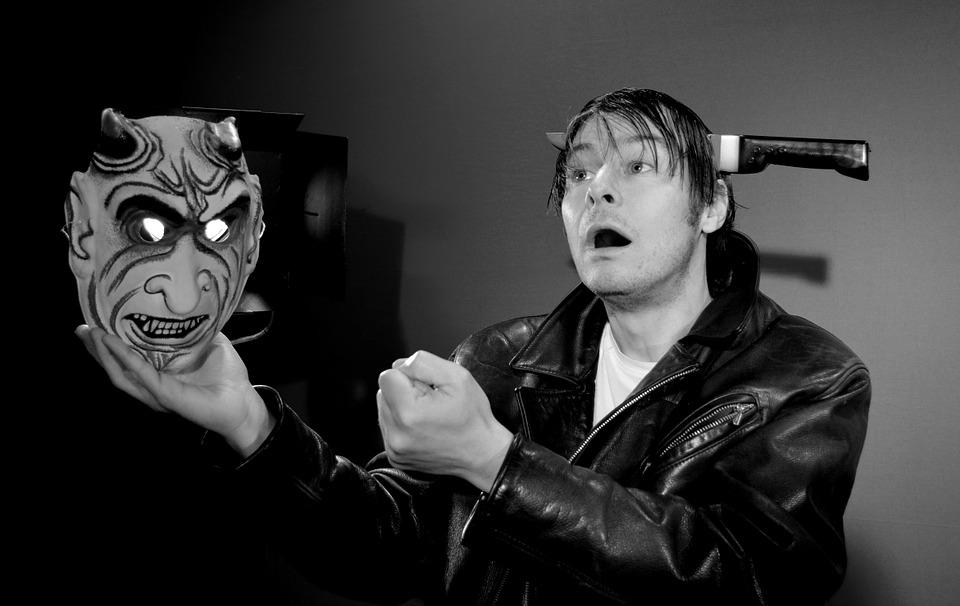 This list is completely subjective so you can add or subtract where necessary to make your own delicious concoction of horror comedies but here are the ones that had me dead, laugh loving (get it like live, laugh, love but dead because Halloween right? cool).

Here I will outline why I have love horror comedies. Horror as a genre, as a language and as a mode has its own dialect, logic and imagery and when you introduce another genre, language or mode then there is this perversion of expectation that allows us to laugh despite the gore or terror on-screen, through the dialogue of genre infusion. So for those who love horror or hate horror then this is the perfect sub-genre to enter horror from a place of fandom or a place of safety.

A camp satire of the cliched character archetypes within horror films. A young boy suspects his babysitter of having parties when he is asleep but when staying awake one evening to catch her in the act, he discovers she is actually part of a satanic cult in need of a blood sacrifice.

A dark comedy about a pregnant mother killing a succession of men on the command of her unborn baby. There are pregnancy cravings such as pickles with mustard and then there is murder. Fun.

A tyre on a murderous rampage with psionic abilities to blow up the heads of his victim, with a surprising existentialist undertone of psychopathology in killers but with a tyre as the lead.

A story about a man with a fear of sheep returning to his rural hometown 15 years after leaving only to discover that his fear of the fluffy baa-baas is not as irrational as he thought. Sheep on a murderous rampage, all’s wool that end’s not so wool.

Sam Raimi perfectly uses the tension and suspense of horror where just as we are about to be terrified to the point of wetting our pants, he then replaces fear with outright absurdity and bizarreness that you can’t help but laugh at. A cabin in the woods terrorised after inciting an ancient ritual from a necromancers ancient text where the inhabitants must fight to stay alive. Gore and dark humour with a sprinkle of the bizarre will have you wetting your pants in multiple ways.

Under the guise of cute and adorable furbie-esque children’s toys, these innocent little furballs take a dark turn and begin to terrorise a town. Attack of the killer furbies? One way trip to hilariousville.

A vapid popular girl who becomes a man-eating demon after an indie rock band attempts to sacrifice her in the woods under the assumption she is a virgin, yes, please. Subverting gender dynamics present in horror films, Jennifer’s body escapes the male gaze in an attempt to satirise the codified narratives of objectifying women within horror. Think mean girls meets Let The Right One In, monster but make it camp. Plug it up Needy!

5. What We Do In The Shadows, directed by Taika Waititi and Jonathan Clement (2014)

Using a mockumentary type style following a group of centuries-old vampires attempting to adapt to the complexities of social interaction within modern life just opens up the floodgates of hilarious gags about vampiric folklore and its recontextualization into a modern setting is very very funny to me.

Maybe one of the best zombie comedies out there, you really can’t get more British humour than beating a zombie up with a pool cue in rhythmic unison to the Queen classic ‘Don’t Stop Me Now’.

There are many people who believe that parody is the lowest form of comedy and the last place left for a genre to precipitate. I am not one of those people, parody utilises the logic and literacy of horror fans, pokes holes that as a community many have pointed out and laughed at many times before when cliches in narrative or imagery begin to stagnate. Scary Movie takes horror films and twists them into hilarity and I mean come on REGINA BLOODY HALL! Maybe one of the best comedy actresses of our time.

Teeth is one of the best feminist, good for her horror films due to the reversal of power and destruction of masculinity where typically femininity is attempted to/or destroyed by masculine figures. Dawn comes to realise she possesses vagina denata (mythic vaginal teeth) and through sexual malpractice on behalf of the men she encounters, Dawn castrates, maims and dismembers cis men whose sexual misconduct ends in their bloody demise.

At number one we have this supernatural haunted object horror which has cast the main antagonist as a reclining armchair. Satirising the horror object genre by replacing the typical doll or house with something so mundane as an armchair is just the most purposefully absurd thing and I applaud it.

Laugh in the face of horror but just make sure they don’t have a knife under their wig! If you want to keep reading then click here about the cursed Annabelle doll, the real one. Go ahead, get reading it, you spooky baby.