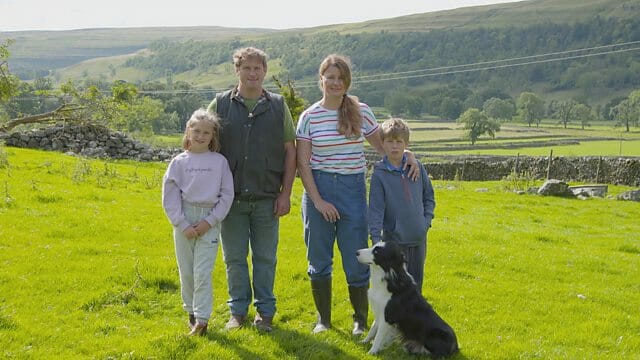 The Farmer’s Country Showdown is BBC One’s documentary series that celebrates inspirational farming families and rural events that showcase their hard work and hardships. The show made its debut on February 13th 2017 and is directed by numerous directors, including Al Edirisinghe, Jessica Reid, Ray Easmon and more.

The show has completed six seasons. Its seventh season is scheduled to be released on January 2nd, 2023, on BBC One at 10:45 am and 2:00 pm. It is also available on BBC Iplayer. This season will begin with David and Charlotte as they compete to show off their finest range of sheep. This competition will be taking place in Yorkshire Dales.

In the previous season, we saw many families’ journeys, including Sarah’s, Andrew’s and more. We learned many stories and were introduced to many animals like the Kunekune pigs, Ryeland Sheep, and more. We also went to the Farmer’s market and witnessed the chaotic atmosphere where everyone struggled with their worries. Season 6 ended with the lives of two couples hailing from Sheffield and Catterick at The Royal Cheshire County Show.

This coming season will be filled with adventure and stories, and we can expect to meet a lot of animals like sheep and rare horses. And Remember the Farmer’s market sales.