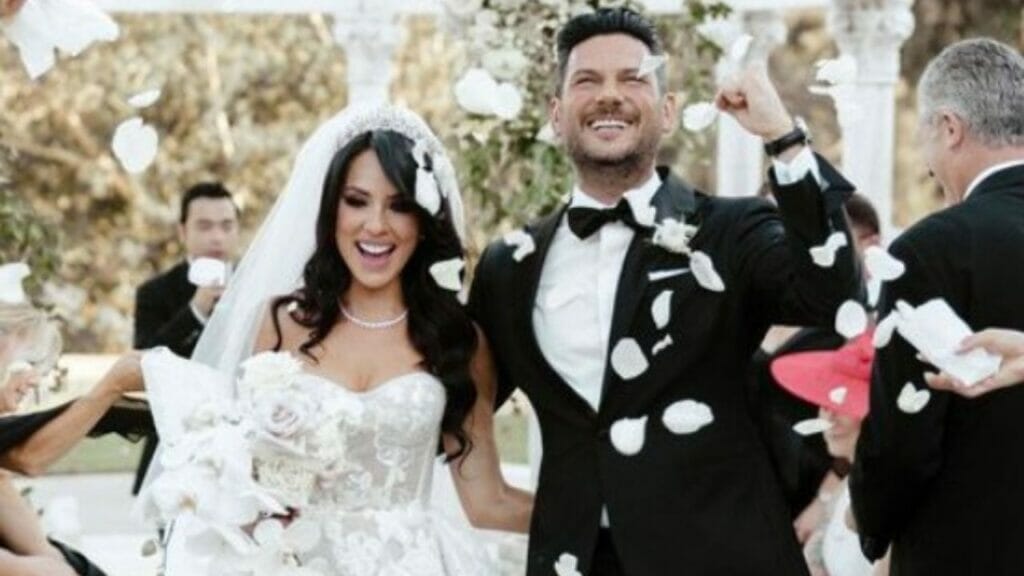 The couple told Brides magazine, “We wanted the event to be intimate yet grand, and to create something that would blow people’s minds. Just like our love, this event had to reflect their fairytale love story.”

Vanessa Villela wore three different gowns for her big day, starting with a strapless lace ball gown from Galia Lahav as she walked down the aisle while strings played the classic “Canon in D.”

Nick Hardy said, “Turning around and seeing Vanessa walk down the aisle for the first time took my breath away. I felt like I was going to pass out. It was beautiful. Thanks to Adrian, my best man, I didn’t fall over.”

Vanessa Villela and Nick Hardy said to the outlet, “When the rings were requested, no one knew who had them!.” “The ceremony stopped and the flower girls appeared from the back. They arrived, but they didn’t have the rings. At that point the page boy, Lucas St John ran out shouting, ‘I have the rings!’ He walked down the aisle holding a custom-made golden crystallized box by Elena Honch from the Ukraine containing both.”

Vanessa Villela and Nick Hardy released two white doves as a symbol of their love after the pair exchanged rings and said their vows.