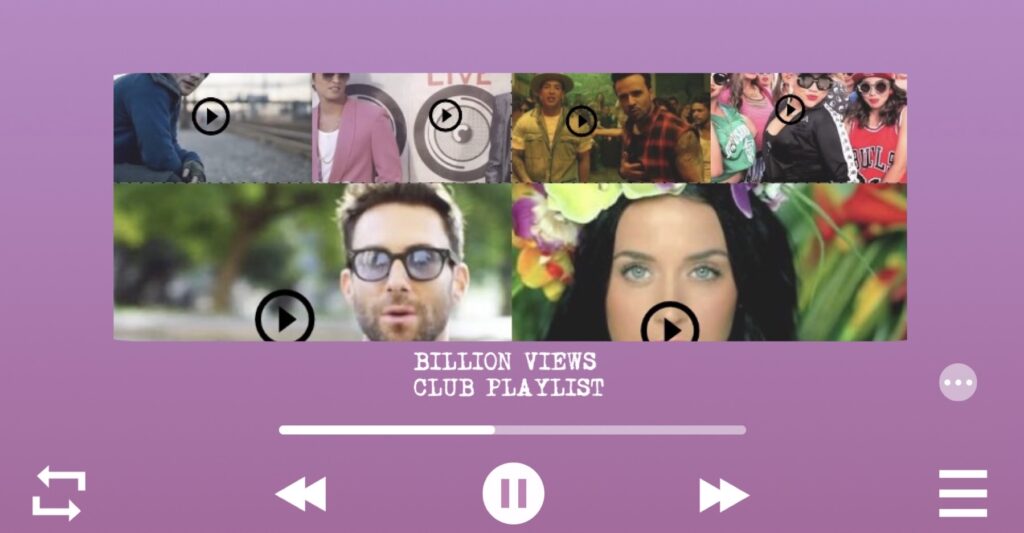 Are you a college student in need of a study break? Or just simply a hardworking employee seeking some entertainment during your lunch break? Check out the most viewed music videos on YouTube in 2022.

The music videos below have garnered over one billion views. Isn’t it interesting to know why these music videos have captured the majority of the population? Take a look for yourself. You may discover your new favorite song or come across a music video that’ll stimulate your brain.

“Yeah I know that I let you down,
Is it too late to say I’m sorry now?“

This upbeat tempo dance video made a significant impact in the choreography realm. Millions of Beiber fans joined together on social media to learn the choreography step by step, which contributed to its major increase in views. In 2016, Beiber won ‘Best Song’ for “Sorry (Purpose: The Movement)” at the MTV European Music Awards.

This pop rock hit debuted at No.1 on the Billboard Radio Songs chart. It was a smash hit in the United Kingdom, selling over 1 million copies! In addition, OneRepublics’ smash hit “Counting Stars” spent 34 weeks in the UK’s top 20 Billboard charts.

“I got the eye of the tiger, a fighter. Dancing through the fire,
cause I am a champion, and you’re gonna hear me roar.“

” Need a little sweetness
in my life. Your sugar, yes please.”

This mega pop hit became an RIAA Certified-Diamond record on Jan. 2022 for selling over 10 million copies! This ‘Wedding Crashers’ themed video has ultimately contributed to Maroon 5’s hit single “Sugar,” selling 10,000,000 units since its release in 2015.

In 2012, the viral internet sensation “GANGNAM STYLE” was inducted into the World Genius Records for becoming the first YouTube video to reach one billion views!

“Girls hit your hallelujah. Cause uptown funk
gon’ give it to you.”

This global smash hit is the perfect song to play when working out in the gym, completing your chores, and driving home from work or school! “Uptown Funk”  has won numerous awards, such as ‘Best Male Video’ at the MTV Video Music Awards in 2015, including ‘Record of the Year’ at the 58th annual Grammy Awards in 2016.

“It’s been a long day without you, my friend
And I’ll tell you all about it when I see you again.”

Dedicated to “Fast and Furious” star Paul Walker who died in a car accident in 2013, this melody was the most impactful song from the ‘Furious 7’ soundtrack. “See You Again” has become one of the most requested songs at funerals and memorials. Wiz Khalifa and Charlie Ruth won ‘Best Song’ for “See You Again” at the Critics Choice Movie Awards in 2016.

” I’m in love with the
shape of you. We push and pull
like a magnet do.”

2017 was a great year for Ed Sheeran! His third studio album, “Divide,” produced a great lead single that became a worldwide hit! In addition, Sheeran won ‘Best Pop Solo Performance’ for “Shape of You” at the 60th annual Grammy Awards 2018.

Every year, YouTube celebrates its “Billion Views Club” , which recognizes music artists who have achieved this milestone. Currently, 318 music videos on YouTube have accumulated more than one billion views throughout the past ten years. The top 10 music videos above are just the icing on the cake! Watch the video below to learn more about YouTube’s “Billion Views Club.”