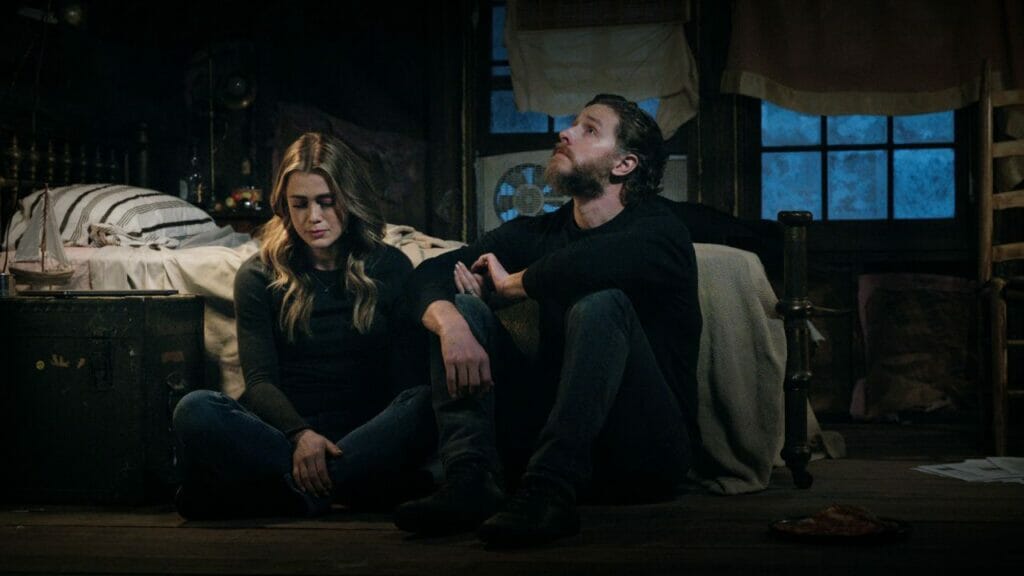 After Grace’s death and their daughter Eden’s kidnapping, Ben let his grief consume him as he became obsessed with finding his daughter at any cost.

It’s tough to see Ben in such a dark place as the Ben we see at the beginning of this season is nothing like Ben now.

Fortunately, we will see Ben work through his grief as the season unfolds.
When does Ben shave in Manifest season 4, part 1?

After bringing Eden home safely in the fifth episode, Ben and the Stone family try to help Eden settle at home, which isn’t a simple task. Provided that they’re all strangers to her because of Angelina’s actions. Not only did Angelina raise Eden as her own, letting her think she was her mother, but she also made sure to tell Eden Ben was the bad man trying to hurt them.

When Ben takes Eden home, she toils to accept him as her dad because he seems like the bad man her “mom” warned her about. Trying to make a change, Ben shaves off his grief beard so that he no longer looks like the wrong man.

Although it takes some time for Eden to fully settle in, the change in Ben’s appearance certainly helped him to turn the corner in connecting with his youngest child.