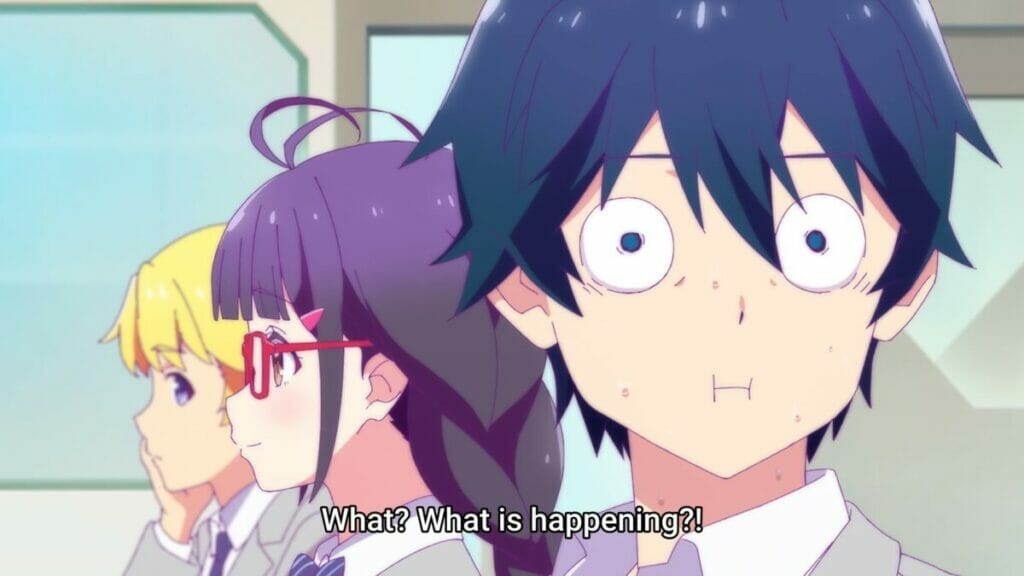 Love Flops a Japanese anime television series that made its debut on June 24, 2022. The show revolves around Asahi Kashiwagi, who finds himself with five love confessions. It was created by Love Flops Project and directed by Nobuyoshi Nagayama. The series aired in October 2022 on AT-X and other outlets.

As of yet, nine episodes have been released, and the tenth episode is scheduled to be aired on December 14, 2022. It is called “Yup, It’s Risky to Go in Raw, Rubber”. The synopsis of the project says that one day Kashiwagi watched a fortune-telling program and ended up with the realization that everyone said had come true. Later, he meets five girls who each give him a love confession. The plot roles as now he has to deal with the situation promptly.

These five girls (Aoi, Bai, Karin, Amelia Irving, & Ilya Ilyukhin) end up staying at his apartment on his father’s orders, who thinks these ladies are eligible to be his bride. The upcoming episode on the AT-X platform can be watched at 9:00 pm, Japanese Standard Time on.

The plot twist is that the more time the lead spends with these five candidates, the more his forgotten memories start to resurface. Dealing with this leads him towards the well-kept secrets, and ultimately, he begins to believe that his fate with these potential partners might be more than just mere coincidence. Asahi’s prior engagement with the girls earns him the suspicion of Yoshio, a friend of Asahi.