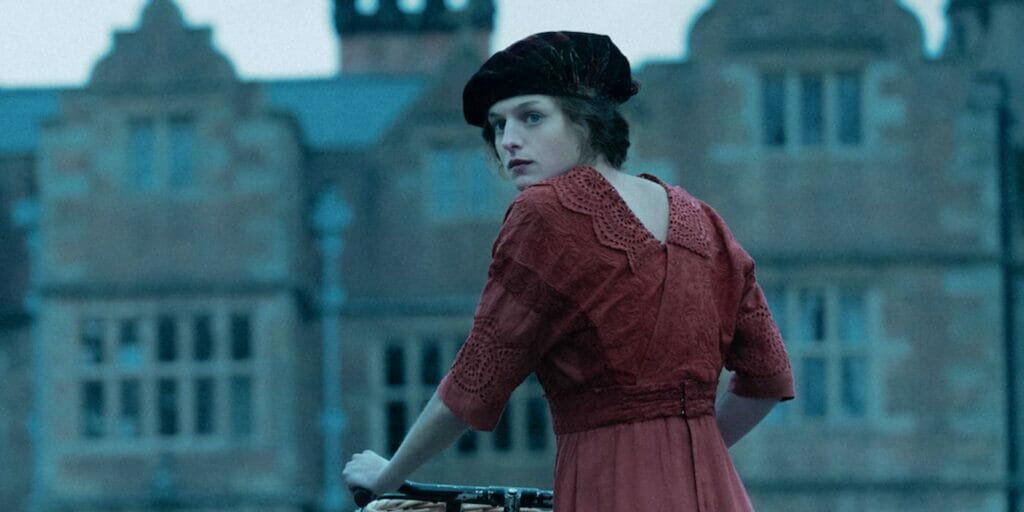 The period drama movie adapted from the book of the same name by author D.H. Lawrence just premiered on Netflix. The film was initially released into cinemas on November 23.

The movie follows Connie, the protagonist of the film, who begins an affair with a gamekeeper at her husband’s family estate. When Sir Clifford Chatterley returns, unable to walk due to injuries sustained during the First World War, the situation and the demands of caring for him pressure the couple, according to Netflix. This leads Connie to Oliver Mellors, the estate employee with whom she begins an affair. When their situation becomes local gossip, Connie must choose between following her heart and returning to her husband.

The viewers must be wondering who is playing who in the movie, so we got you covered on this. If you are a crown, you’ll immediately recognise Emma Corrin, playing the leading lady, Lady Constance Connie Chatterley.

As Oliver Mellors, gamekeeper at the estate with the whole Connie, Jack O’Connell starts an affair.

The project is directorial of Laure de Clermont-Tonnerre, written by David Magee and produced by Pete Czernin, Laurence Mark and Graham Broadbent.