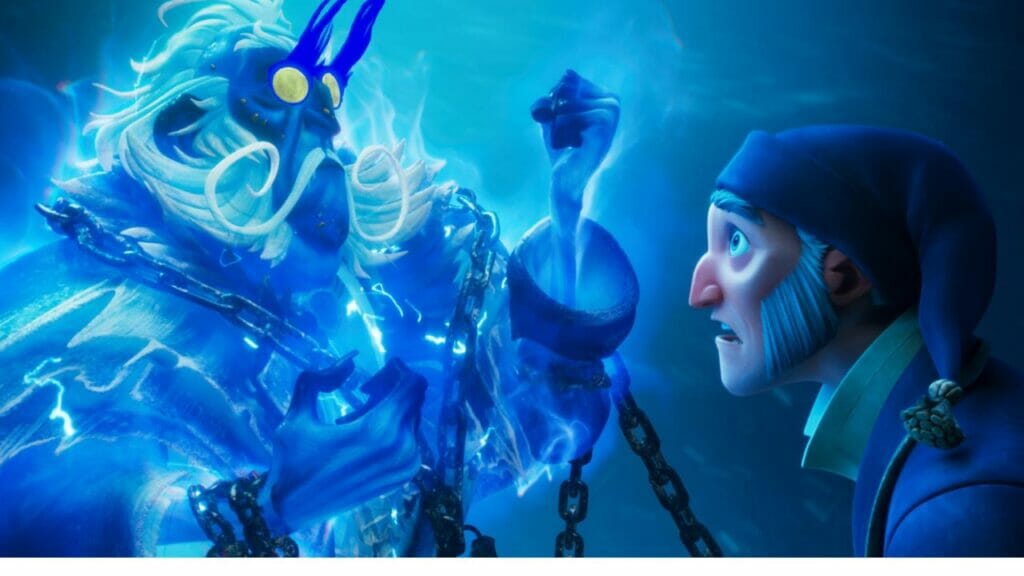 Netflix has released another holiday movie, “Scrooge: A Christmas Carol” – an animated movie that features a businessman Ebenezer who is haunted by the ghost of his former business partner.

Viewers must have noticed a dedication rolling between the credits and the movie’s final scene. A beautiful golden end card shares the message “in the living memory of Leslie Bricusse”. This raised the question of who Bricusse is and how it would have inspired the movie. Stay tuned; we will answer the question.

The movie pays homage to Leslie, the musical legend. He was a British composer, playwright, and lyricist who wrote the 1970 Scrooge and the 1992 stage musical. He also wrote the screenplay for the 2022 Netflix adaptation of the film, featuring his songs.

Bricusse got the opportunity to continue the story of Ebenezer Scrooge is very special for fans of his work, characters, and stories. Unfortunately, the Oscar and Grammy-winning composed passed away in October 2021, before the film’s release. He lived to his ninety years and breathed his last in his sleep.

The creators paid tribute by dedicating the movie to him and hope to follow respect once more with award nominations for the film.