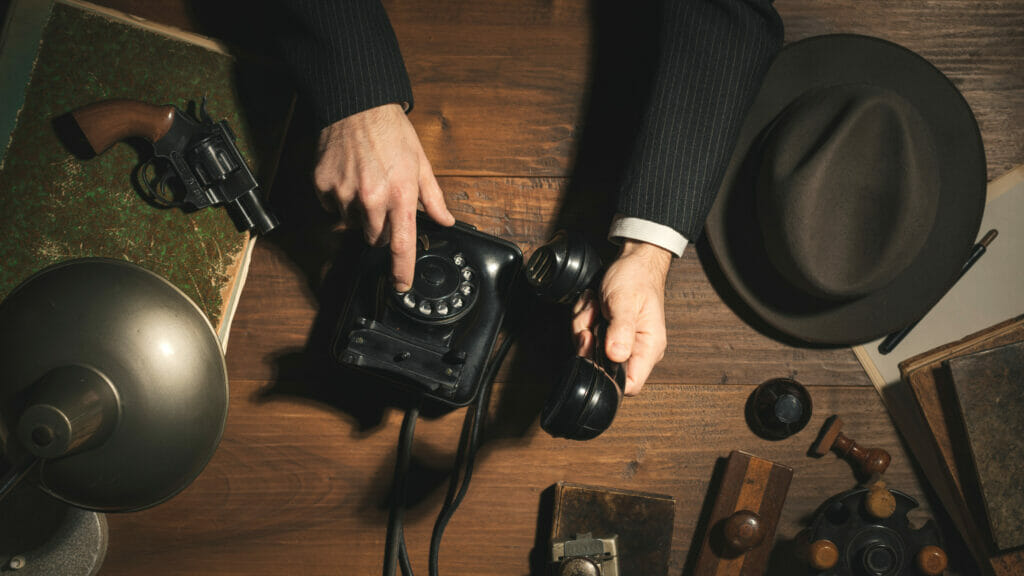 It’s been hailed as the “greatest mafia movie of all time.” Goncharov, the esteemed Scorsese film starring Al Pachino, Robert de Niro, and Cybill Shepherd, is all anyone’s talking about right now. If you haven’t seen it yet, you need to—and fast! It’s got action, drama, romance, and a twist that’ll knock your socks off.

The only catch? It doesn’t actually exist.

That’s right—Goncharov, which has been circulating like wildfire around the Internet, is nothing more than a big inside joke. From the outside, though, you’d hardly know. This nonexistent movie comes with lore, fan art, impassioned debates, and stellar reviews. Even Scorsese himself is in on it, stating that he “made that film years ago.”

So how did this start—and how did it get so far out of hand? For that, we need to go back to the beginning.

On August 21st, 2020, Tumblr user Aveline McEntire reblogged an image of knockoff boots. Nothing unusual, right? However, the label was comically strange, reading: Martin Scorsese Presents: Goncharov. The owner of these boots was understandably baffled by this statement, as the movie did not actually exist.

Another user replied with a harmless joke: “This idiot hasn’t seen Goncharov.”

Two years passed without another peep about this post. It sat dormant until November of this year, when the post suddenly and unexpectedly skyrocketed in popularity, gaining tens of thousands of reblogs.

The Rise of Goncharov

As pictured, Alex’s original poster has over 69,000 notes, which is no small feat! It is now available for sale, with many fans eager to get their hands on the merch.

When I reached out for a comment, Alex said: “I was surprised how popular the meme got. You never really expect your artwork going viral. And I like how many creative people joined in on it. When the viral part of Goncharov fandom started dying down, I was kinda glad because the ‘fame’ got too overwhelming at times.”

On whether or not their poster was the start of it all, they said: “I think my poster started the revival. Not saying this to brag, but I haven’t seen any other posts except the shoe picture before I made the poster. I also invented the characters and their names.”

It’s clear that Alex’s success is well-deserved! The creativity and dedication displayed is truly admirable. Read more on their blog.

Admittedly, the joke got a bit out of hand. Internet users happily hopped onto the Goncharov train, creating elaborate fan art, posters, music, and more. The lore for this movie runs deep, apparently including a homoerotic love triangle, murder, and a twist ending that’s sparked passionate debate.

Fans of Goncharov remain staunchly committed to the joke, to the point where, from an outside perspective, it is nearly impossible to tell that the movie is fake. The exclusion is intentional: it’s part of a big inside joke, meant to befuddle and confuse the general population.

A quick Tumblr search pulls up famous quotes, popular characters, and discourse on the film’s homosexual undertones, among other things. Very few bloggers discuss the truth of Goncharov, instead choosing to stick to the bit and run as far as they can with it. There’s even fanfiction for the film, currently weighing in at 641 works on Archive of our Own. Internet users have jokingly noted that this number surpasses the 342 works for Avatar by James Cameron, the highest-grossing movie of all time.

Scorsese himself got in on the fun, telling his daughter Francesca that he “made that film years ago.” It’s a good thing the director knows how to take a joke!

The Dangers of Unreality

For those who struggle with mental health issues, such as derealization or paranoia, the creation of an entire fake fandom, as well as the insistence that Goncharov is real, may result in a great deal of stress. Even for users with their mental sanity intact, not being in on the joke can become hurtful and confusing, especially if no one explains it to them.

Thankfully, most Tumblr users prioritize mental health, and the majority of Goncharov posts are tagged with #unreality as a subtle way to let people know it’s not real.

Debates about Goncharov run hot, and everyone seems to hold different opinions on the movie’s key plot points. It’s enough to make you wonder if some people have forgotten that this movie doesn’t actually exist! But either way, the passion is refreshing to see. Currently, the story goes deep enough that Goncharov could very easily be made into a real film. There’s even talk about crowd-funding and filming the movie for a future release, so everyone will have to keep their eyes peeled.

In the meantime, consider checking out some real Scorsese movies! Read more about his films, like “The Irishman,” here.