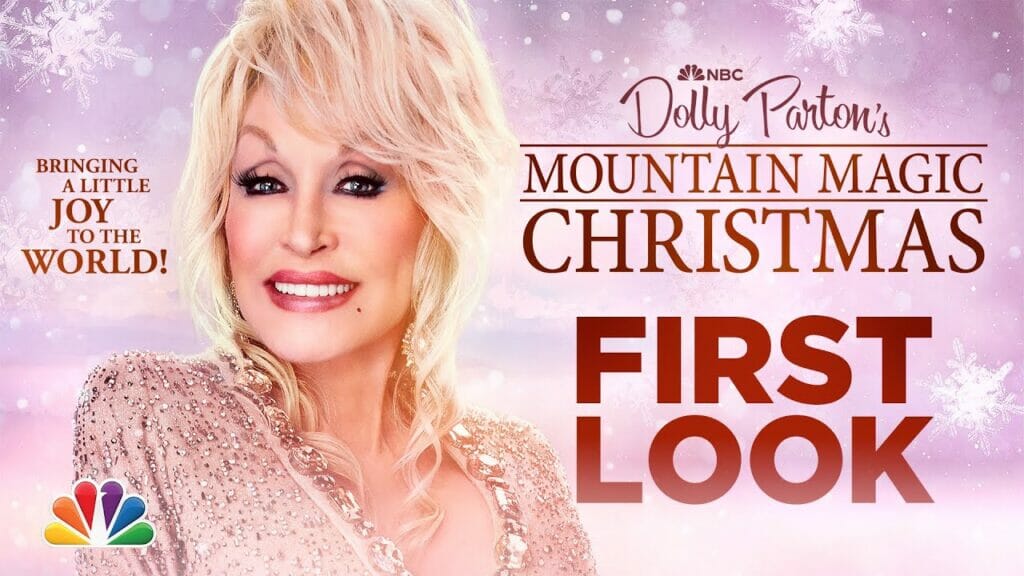 Dolly Parton has been such an icon. The famous country singer is set to bring her talents to fun musical film for the Christmas holidays. Brace yourselves to tune in to Dolly Parton’s Mountain Magic Christmas coming this Thursday.

The two-hour special musical is set to air on Thursday, December 1, at 8 pm ET on NBC. Joining this global superstar in the film are the musical guest’s Jimmy Fallon, Billy Ray Cyrus, Miley Cyrus, and Zach Williams.

Behind the scenes, David Rambo has written, and executive produced the movie with Parton herself and Sam Haskell. Billy Levin and Steve Summers have served as the producers, Hudson Hickman took on the executive producing duties, and Joe Lazarov is said to have directed and served as an EP.

This film already sounds like it’s so much fun! But what can you expect to see in the production? We’ve got the answer for you!

According to NBC, Dolly Parton’s Mountain Magic Christmas is a “modern-day musical film” that shows viewers how a network television special is created. During the rehearsals, Parton is guided by the “mysterious appearance” of the Three very Wise Mountain Men.

If you’re expecting to hear some of Parton’s most famous songs, you’ll be thoroughly satisfied to know that a couple of them are said to have been included in the film! “9 to 5” and “I Will Always Love You” are two of the best to look forward to, as well as the new holiday song.

NBC has also shared a first look at the movie before its premiere. Dolly Parton’s Mountain Magic Christmas hits the screens on Thursday, December 1, on NBC.