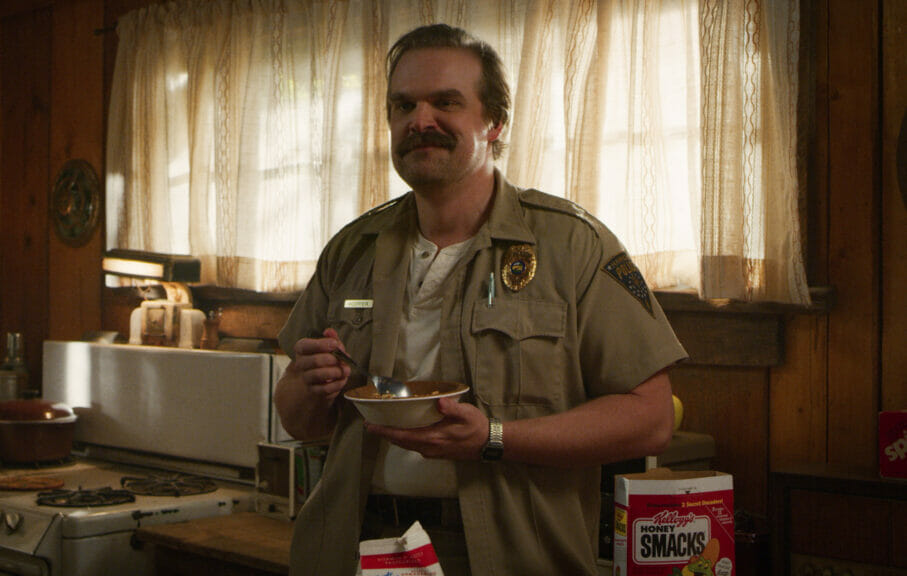 The fourth season of Stranger Things was one of the biggest hits of 2022.
But this show has one more season to go, and David Harbour, who played the role of Jim Hopper, sounds ready to start working on it. “It will be my goodbye to Jim Hopper, which is a big deal,” he told Collider. “Fortunately, I feel like I have a long time to say goodbye because I think we’re going to take a long time shooting these episodes.”

Harbour sees the role of Jim Hopper as “the role of a lifetime in many ways,” and we all know why he thinks that. Before working on Stranger Things, he was an actor but not a celebrity. Hopper’s role brought him a new level of fame. So it makes sense that Harbour would want to do his best in this final season. “I’m going to pour my soul into it as hard as I can,” he said.

The fifth season of Stranger Things may not be as long as season 4, but it will be “packed to the brim with good stuff that you love”.

Getting involved in a project is easy when you trust the directors not to abuse your passion. “I know those Duffer brothers are very specific, and I know they want to get that last season,” Harbour said of the showrunners, Matt and Ross Duffer. “I mean if you look at Season 4, I have a feeling that Season 5 may not be as long, but it certainly will be packed to the brim with good stuff that you love. I mean, they really are getting better at giving you that home run that the audiences love. And I think that Season 5 will do that so much.”

We might have to wait a while to see Stranger Things’s fifth and final season until 2024.