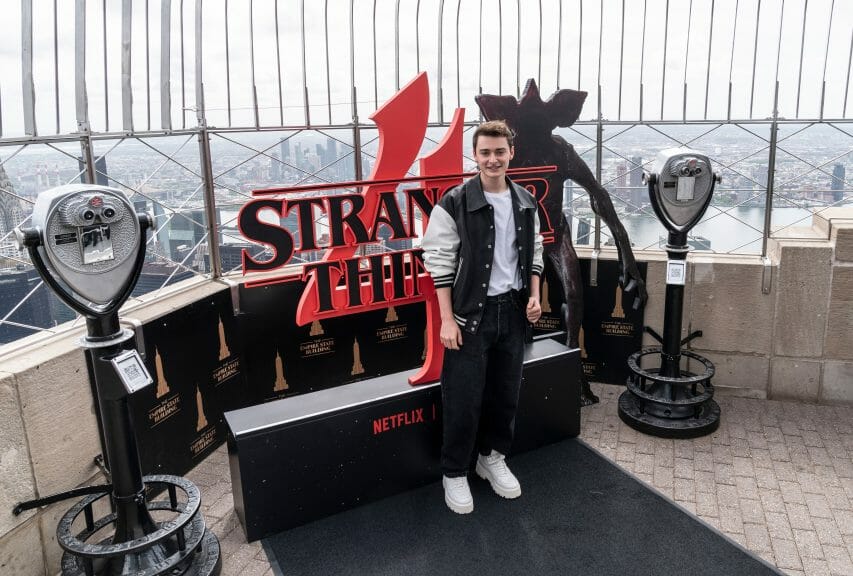 It’s been a busy few weeks for “Stranger Things” star Noah Schnapp. From coming out via Tiktok video to discussing Will Byers with the Duffer brothers, things are only looking up for this young actor.

Anyone who’s watched Netflix’s “Stranger Things” has probably heard the buzz about Will Byers–and more recently, the actor who plays him, Noah Schnapp. Season 4, which released summer 2022, featured Will’s sexuality crisis, and the difficulties of being a closeted gay teen in the 80s. As a result, Will–and Noah–picked up a dedicated LGBTQ+ fanbase. While rumors have circulated about Schnapp’s sexuality, nothing was ever confirmed… until now.

On January 5th, Schnapp posted a Tiktok video that instantly took the Internet by storm.

The video’s text says: “When I finally told my friends and family I was gay after being scared in the closet for 18 years and all they said was ‘we know.'” Noah lip syncs to an audio that claims: “You know what it never was? That serious.” Finally, his caption reads: “I guess I’m more similar to Will than I thought.”

Two weeks later, the video currently stands at 13.2 million likes, 552.8 thousand comments, and over 74 million views. These are staggering numbers for anyone to receive, but Schnapp’s reception has been largely positive. Numerous heart emojis and shows of support from both fans and fellow celebrities flood his comment section.

Sexuality in the Public Eye

In the recent wake of young actors and celebrities being pressured to reveal their sexualities, Schnapp’s video is a breath of fresh air. Though he did not owe anyone details about his private life, Schnapp chose to come out on his own terms, in the way that felt most comfortable for him.

It’s no secret that Schnapp holds his character Will Byers in extremely high regard. In an interview with Variety, he stated: “They [the Duffer brothers] are writing this real character and this real journey and real struggle and they’re doing it so well.” Turns out, Schnapp knew this “realness” better than anyone.

It is important to note that LGBTQ+ characters do not need to be played by LGBTQ+ actors. Actors don’t owe the public anything, much less details about their sexualities. However, the representation is always nice to see, especially since Will’s journey is one that is personal to Schnapp himself.

The Future of Will Byers

Along with successfully coming out, Schnapp has also received good news about his “Stranger Things” character, Will Byers. The show’s frontrunners, the Duffer brothers, officially filled Schnapp in on the future of his character–and apparently, it’s full of excitement. In an interview with Us Weekly, Schnapp said: “There will definitely be another center point for Will in season 5… They won’t tell me specifics, but they were like ‘You just wait. You will be very happy.'”

Some fans speculate that the show will end with the death of Will Byers, but this news suggests the opposite. After all, many people point out that Will has served as a tragic martyr for the entire length of the show, and ending his arc with death would disservice his character. Not to mention, everyone’s had enough of the “bury your gays” trope.

Here’s to happy endings for Will Byers and Noah Schnapp. So far, the future looks bright for the both of them. To read more about “Stranger Things” season 5, click here.

In this article:celebrity, coming out, Entertainment, lgbtq+, Noah Schnapp, stranger things, Will Byers