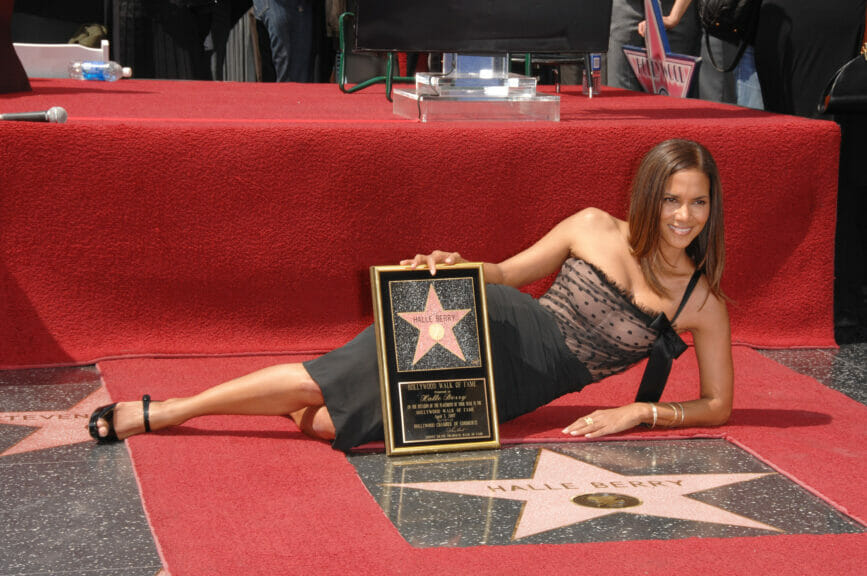 Do you have big dreams but live in a small town with limitations? If so, this is the perfect article for you! The celebrities below will inspire you and show you that your present position isn’t your final destination!

You may just discover your new muse or idol today!

Halle Berry was born in Cleveland, Ohio, on August 14, 1966, but was raised in Oakwood, Ohio. As a teenager, Berry competed in national beauty pageants and worked in modeling. In 1989, she began her acting career. One of her most iconic performances is her portrayal of Dorothy Dandridge, the first African-American woman to be nominated for ‘Best Actress’ at the Academy Awards. Berry’s outstanding performance in “Introducing Dorothy Dandridge” allowed her to receive an Emmy and Golden Globe Awards.

Berry didn’t let her small-town surroundings hold her back in life! However, with great beauty comes unprovoked hatred. Berry’s 2004 box office smash “Catwoman” received numerous criticism. At the 2005 Razzie Awards, like a true Leo, the Hollywood starlet showed up in person to accept her prize for ‘Worst Actor’ for her performance in “Catwoman” to confront her critics head-on.

In addition, “Bruised,” a feature film directed by Berry, premiered at the 2021 AFI FEST and on Netflix shortly after. Berry’s directorial debut was a massive success, enabling her to sign a first-look deal with Netflix to produce, direct, and star in projects in the near future.

From College Dropout To Oscar Winner

Brad Pitt was born in Springfield, Missouri, on December 18, 1963. He attended the University of Missouri (Mizzou), from which he studied journalism. Two weeks before graduation, he dropped out and moved to Los Angeles, California, to pursue his acting career. Although Pitt was raised in a wealthy upper-class household, he had to earn his spot in Hollywood.

The Hollywood icon’s breakthrough role was in 1991 when he starred as J.D. in the crime drama cinema “Thelma & Louise.” Since then, Pitt has become one of Hollywood’s most successful and influential actors. Even though he was raised in a small-town, he has had the opportunity to win an Academy Award, a British Academy Film Award, including two Golden Globe Awards.

October’s very own. Bankroll Freddie was born in Helena, Arkansas, on October 15, 1994. He later moved to Conway, Arkansas, and became known for having ‘bankrolls.’ In 2019, the flamboyant entertainer signed to Quality Control’s record label, making him the first African-American mainstream music artist from Arkansas. By signing a major record deal, Bankroll Freddie has opened the door for other Arkansas music artists to gain exposure, allowing him to earn the ‘Arkansas Legend’ title.

The official music video for his viral hit “Drip Like Dis” featuring Young Dolph and Lil Baby has garnered 63,708,201 views. Soon, Bankroll Freddie will become the first Arkansas music artist to surpass 100 million views on YouTube. In 2021, he signed another major record label deal with Motown Records. It’s evident that he didn’t let his small-town upbringing define him.

Country superstar and pop icon Taylor Swift was born in West Reading, Pennsylvania, on December 13, 1989. At age 14, she moved to Nashville, Tennessee, to pursue her career in country music. By looking at Swift’s discography, you can tell she has music in her bones. In 2017, her album “Fearless” was certified diamond by the RIAA for selling more than 10 million copies worldwide. The 11-time Grammy winner is the perfect role model for women living in small towns with big city dreams.

Additionally, Swift transformed into a pop star when she released her highly anticipated album “1989.” In 2020, her global hit “Shake It Off” was certified diamond by the RIAA, leading her to become the first female artist in US history to have a diamond-certified single and album. Moreover, Swift has obtained eight No.1 hits on the Billboard Hot 100 Chart and ten No.1 albums on the Billboard 200 Albums Chart.

Model and actor Charles Melton were born in Juneau, Alaska, on January 4, 1991. He later relocated to Manhattan, Kansas. Before fame, Melton attended Kansas State University (KSU),  where he played Division I football for two years. He then pursued a career in acting, where he was discovered for his talent at the Arts Showcase in Orlando, Florida.

Riverdale’s bad boy scored the chance of the lifetime when he replaced Ross Butler as Reggie Mantle, the football jock in Riverdale, a supernatural drama series based in a small town, making this a full circle moment for Melton. In 2019, he was nominated for MTV’s ‘Best Kiss Movie Award’ for his role in Riverdale.

NBA legend Scottie Pippen was born in Hamburg, Arkansas, on September 25, 1965. The 80s decade was only the beginning for Pippen. He attended the University of Central Arkansas (UCA) (1983-1987) and was selected No.5 overall, round 1 by the Chicago Bulls in the 1987 NBA draft despite being from a small-town. Throughout his 17-year career in the NBA, Pippen has garnered six Bulls championship rings and two Olympic gold medals. In addition, he is a 7-time NBA All-Star and was the NBA All-Star Game MVP in 1994.

Ladies and gentlemen, Viola Davis! Davis was born in St. Matthews, South Carolina, on August 11, 1965. However, she was raised in Central Falls, Rhode Island. In 1988, she graduated from Rhode Island College (RIC) with a Bachelor of Arts in Theater. She later attended the Juilliard School, from which she graduated in 1994. We must applaud Davis for not letting her small-town surroundings hold her back from becoming one of the greatest actresses of all time!

The extraordinary movie and theater actress has impressive accolades. Throughout her career, Davis has obtained an Academy Award, an Emmy Award, and two Tony Awards, making her the first African-American actress to achieve the ‘Triple Crown of Acting’ milestone. In addition, Davis is the first African American actress to win a Primetime Emmy Award.

Crowned Sexiest Woman In The World (2008)

Megan Fox was born in Rockwood, Tennessee, on May 16, 1986. As a teenager, Fox pursued a career in acting and modeling. Growing up in a small town wasn’t easy. The beauty queen was ridiculed by her peers for her desire to become an actress. Making it no surprise why she later moved to Los Angeles, California. Fox has starred in numerous films. However, she’s most known for her roles in “Jennifer’s Body,” “Transformer,” and the “Teenage Mutant Ninja Turtles” series.

The beautiful poet Maya Angelou was born in St. Louis, Missouri, on April 4, 1928. At three years old, her parents divorced, causing her and her siblings to move in with their grandmother in Stamps, Arkansas. Despite her small-town upbringing, Angelou had a vision bigger than Arkansas. In 1970, she published her most famous autobiography, “I Know Why The Caged Bird Sings,” which was nominated for the prestigious National Book Award.

Moreover, Angelou won an Emmy award for her supporting role in the television miniseries “Roots.” The storytelling phenomenon has won three Grammy awards for ‘Best Spoken Word Album’ for “On The Pulse of Morning,” “Phenomenal Woman,” and “A Song Flung Up To Heaven.” In 1988, she was inducted into the National Women’s Hall of Fame. In addition, Angelou received two medals, the National Medal of Arts in 2000 and the Lincoln Medal in 2008. At age 86, Angelou passed away on May 28, 2014. She may not be here physically, but her spirit lives on forever.