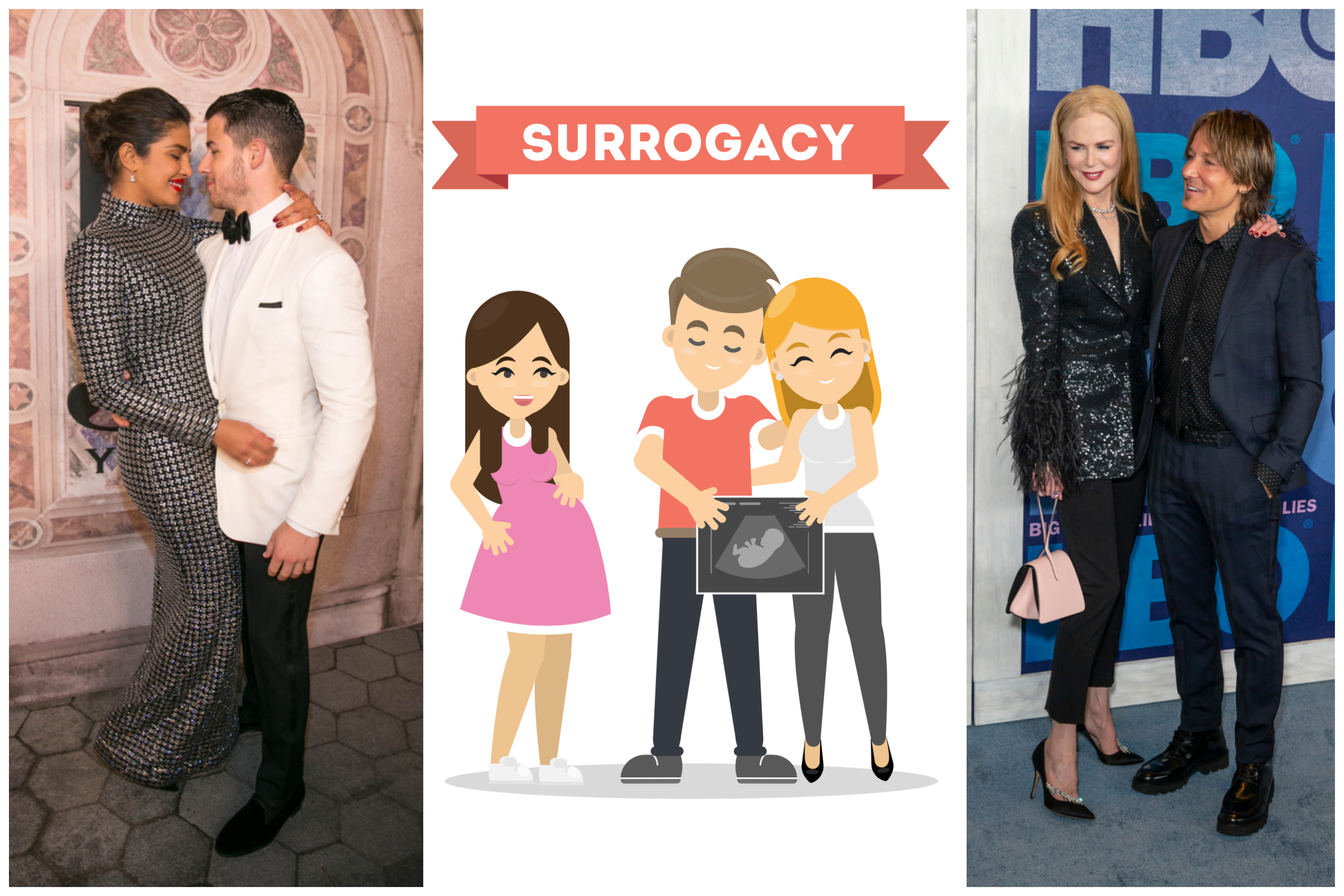 There’s a wide variety of reasons why individuals would choose to opt for a surrogate, and it seems that now, more than ever, having someone else tackle pregnancy for you is preferable.

Surrogacy is a viable option for anyone unable to have their own child, whether that be due to health reasons, same-sex parents or otherwise and can prove to be invaluable for those who take up the opportunity. However, one of the main reasons for doing so now is to save the issue of a ‘pregnancy body’.

In a world obsessed with social media and looking your best, having another human growing inside of you will edit your appearance quite drastically in most cases. So for celebrities, who are constantly scrutinised for the way they look, this option allows for no changes to their body as would usually happen across the 9 month span. No speculation around whether they are pregnant or have just simply gained weight. No harsh words towards an overly-hormonal individual seems like quite the win!

Along with the lack of changing public appearances, surrogacy helps give celebs privacy in what would be expected to be a media storm. There’s no need to announce they’re expecting a child until they’re ready, a decision that the paparazzi are likely to take out of the parents’ hands if caught off-guard, outside and visibly pregnant.

So regardless of their reasonings, let’s delve into celebs that have famously welcomed a child via a surrogate…

The most recent celebrity baby comes via Nick and Priyanka Jonas! And their surrogate, of course. The pair shared a brief statement on each of their Instagram accounts announcing their newest addition to the family and it certainly wasn’t expected. Due to the privacy of the surrogacy agreement, social media sleuths had not suspected a thing, making the news a complete shock to fans last week. We look forward to seeing photos of the baby Jonas in future!

The now-separated couple share 4 children together, two of which were brought into the world via a surrogate. Announcing the news on her family’s TV show, Keeping Up With The Kardashians, Kimye shared that the toll pregnancy had taken on Kim’s body was too much, and since they still wanted more children the most viable route was via a surrogate. She even featured on the show! When one of your most famous aspects is your body (and certain cosmetic procedures), there’s no surprise that she chose to opt for surrogacy for her youngest two children, Psalm and Chicago.

Back in 2010, Patrick Harris and his now-husband David Burtka welcome not one, but two children by surrogacy. As the pair can’t biologically have their own children, using a surrogate was the main option for them and it successfully gave them Harper and Gideon.

In true Tan France style, the Queer Eye star announced that he was expecting with a “VERY realistic” photo uploaded to Instagram. Ismail was born back in August 2021 through means of a surrogate and seems to be in very good hands. If that baby’s as stylish as his dads, he’ll go far!

Back in 2009, SJP and husband Matthew welcomed their twin daughters via a surrogate, having “explored a variety of ways” of further expanding their family after the natural birth of their son in 2002. The couple had been “trying for years” and finally found the best way to grow their household, highlighting the relief surrogacy can give after several unsuccessful different attempts.

The happy couple welcomed their second child via surrogacy after Kidman carried their first herself in 2008. Nicole shares two children with ex-husband Tom Cruise already and now has a further two with Urban, the youngest, Faith, being 10.

Father of 7 Alec Baldwin welcomed two of his children a mere 6 months apart, with one being carried by his wife Hilaria and one by a surrogate. It goes to show that whilst the Irish Twins may be incredibly close in age, with only a 7 year age gap between their 6 shared children, it’s hardly even noticeable. After all, he does have a daughter called Ireland so it’s only fitting!

Away from all the scandals, Amber Heard decided to have her daughter, Oonagh, by herself (with the exception of a surrogate) and has chosen not to reveal the father. It’s unknown whether the biological dad was known to Heard or simply a donor, but considering she’s been dating cinematographer Bianca Butti since 2020 and Oonagh was born in early 2021, it’s likely to be the latter. She anticipated the comments surrounding her decision to enter motherhood alone and explained that she “wanted to do it on [her] own terms”, denouncing any criticism surrounding the lack of a father figure.