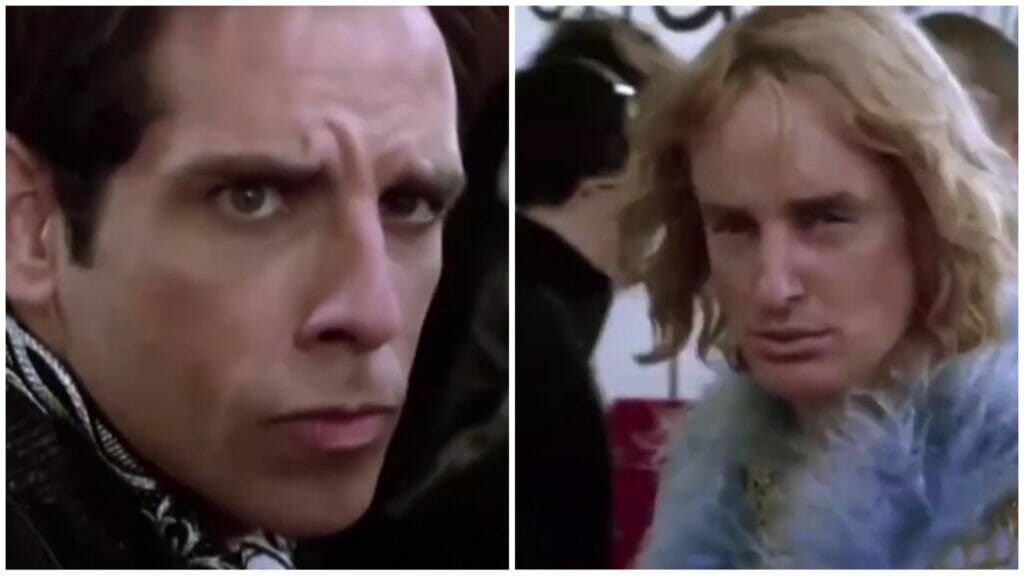 Social media has a habit of resurrecting old pieces of media and turning them into memes that go viral. This time it’s Zoolander, an averagely-rated movie from 2001 starring Ben Stiller. Over the past few weeks, certain scenes from the film have gone viral as the newest video meme format. Although Zoolander memes gained popularity by being genuinely hilarious, they have been adopted by the ‘sigma’ community which has further boosted their virality. But how did a once-forgotten film become a viral meme and why is Derek Zoolander a sigma icon?

Although it came out eleven years ago, Zoolander has hit it big online thanks to one iconic scene. When model Hansel McDonald (Owen Wilson) bumps into rival model Derek Zoolander (Ben Stiller), the reception from Derek is frosty. Hansel half-heartedly apologizes, saying “excuse me, brah” to which Derek replies “you’re excused. And I’m not your brah.”

This scene was edited by social media users, who either inserted the song ‘Party Party’ by Yally or a mashup of ‘Who Is She’ by I Monster and ‘The Perfect Girl’ by Mareux. Part of this meme is adding a humorous and relatable text overlay to the clip. Some good examples are ‘POV: You see your sister walk in wearing the shirt you thought you lost weeks ago’ and ‘Me leaving my therapy appointment and see my therapist’s next client’.

Although the ‘excuse me brah’ meme is the most popular Zoolander meme, the Zoolander resurgence was sparked by a different meme. The first Zoolander meme to go viral was the ‘Zoolander Stare’. The Zoolander Stare meme is a video in which Derek stares and pouts at the camera. It was first posted by itssnotq in early November of 2022 and gained over 3 million plays in a week. The similarity between the Zoolander Stare and ‘Excuse Me Brah’ memes is not coincidental, as the latter evolved from the former. Various other scenes from Zoolander have become memes, but they all follow the same format and contain the same songs.

Is Zoolander really a sigma icon?

The success of Zoolander memes is partially owed to the popularity of ‘Sigma male’ memes. According to to Know Your Meme, ‘sigma male’ is a slang term referring to “a supposed classification for men who are successful and popular, but also silent and rebellious”. Online, sigma males have become a key part of current internet discourse, fan edits, and memes. Male characters and actors defined as sigma are idolized and have endless edits and memes made about them. The ‘king’ of sigma is Patrick Bateman, the psychopathic protagonist from the film American Psycho.

But where does Zoolander come into this? Many sigma accounts on Instagram and TikTok have taken to posting Zoolander memes focusing on Derek. The best theory as to why Derek is being pinned as a sigma male icon comes down to two already established memes: the sigma stare and the chad face. The sigma stare is a type of unsmiling, direct stare associated with sigma males. As for the chad face, it describes the pouty and raised eyebrow face associated with alpha males. In many scenes, Derek stares into the camera, pouting and eyebrows raised, combing the sigma stare with the Chad face. Once this quirk was noticed, Derek was used in sigma memes and edits.

Apart from his sigma staring, Derek is far from the true definition of a sigma male. In fact, Derek is what most self-confessed sigma males end up being whilst Patrick Bateman is who they think they are. Despite the memes association with the sigma community, it has spread so far that many are unaware of this connection. As far as memes go, the ‘excuse me brah’ meme is a pretty good meme to start off 2023.