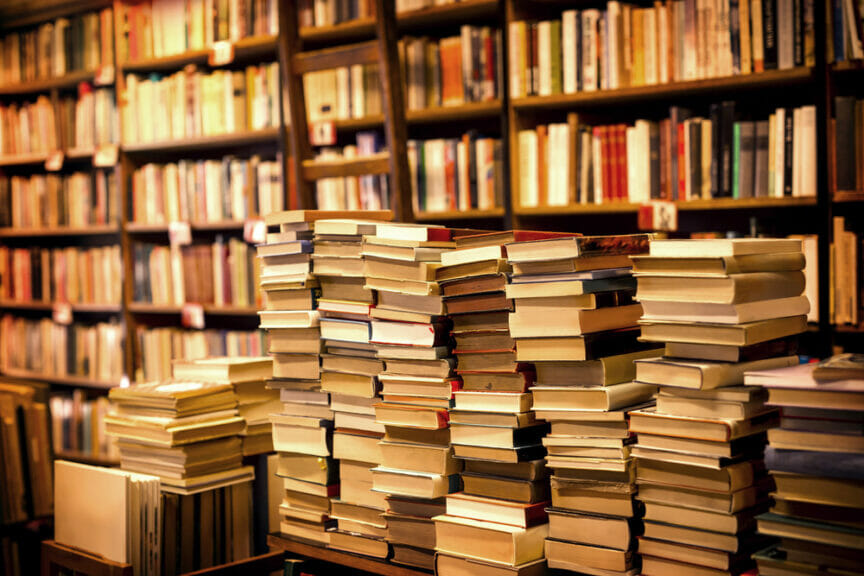 Book subscription service Illumicrate recently released exclusive hardbacks of the Casey McQuinston novels ‘One Last Stop’ and ‘Red, White & Royal Blue.’ McQuinston’s ‘One Last Stop’ features BIPOC, LGBT, and plus-sized characters. But, the cover art might as well be for a different book. Twitter is outraged, TikTok is confused, and Illumicrate seems to have lost the plot.

Illumicrate was launched in 2015 by Daphne Tonge, whose passion for book blogging led to the launch of her very own subscription box. The monthly deliveries contain a special edition hardback book along with 4-6 pieces of merchandise such as tote bags, bookmarks, prints, and mugs.

Since its founding, Illumicrate has built a diverse workforce. Its website highlights a focus on employing women and non-binary people as well as people of colour.

‘One Last Stop’ For Illumicrate

For the August 2022 box, Illumicrate collaborated with book publisher Pan Macmillan to release copies of ‘One Last Stop’ and ‘Red, White, and Royal Blue’ by Casey McQuinston. A sapphic romantic comedy, ‘One Last Stop’ follows the lives of New York City couple Jane and August. Canonically, the character of August is plus-sized and Jane is Chinese-American, neither of which are illustrated on the cover art.

The misrepresentation which most Illumicrate subscribers are outraged by is the presentation of August, a fat character, as skinny. Fans have concluded that this is rooted in fatphobia, and note that this isn’t the first time Illumicrate have failed to adequately represent a plus-sized character.

’From Blood and Ash’

The recent release has reminded subscribers of the Illumicrate edition of Jennifer Lynn Armentrout’s ‘From Blood and Ash’ in August 2021. The fantasy romance follows protagonist Poppy, a maiden waiting for the day of her Ascension. But, when she meet Hawks, a guard honour, he makes her question everything and tempts her with what is forbidden.

In the novel, Armentrout describes Poppy as being plus-sized and has released a statement confirming this.

‘So is Poppy thin? No. The vast majority of my female characters are either “average” weight (that ain’t thin) or would be considered as plus size by traditional weight/size standards, but people’s own minds create the character, and sometimes it doesn’t matter how blunt you are in description, the reader sees what they want to see.’

Following Illumicrate’s initial release of the novel, readers of ‘From Blood and Ash’ have illustrated their own interpretations of Poppy. In the past year, Illumicrate worked alongside Armentrout to amend their artwork, but even the updated cover aligns with conventional beauty standards.

Not only does the cover of ‘One Last Stop’ highlight Illumicrate’s alleged fatphobia, but it also fails to accurately illustrate a Chinese-Amercian character. If you compare the Illumicrate cover of McQuinston’s ‘Red, White and Royal Blue’ with ‘One Last Stop’, there’s a noticeable similarity between Alex Claremont-Diaz and Jane Su. The former is Mexican-American and the latter Chinese-Amercian: two entirely different ethnicities.

Although a redesign of both covers is necessary, the illustration of Jane does not depict her as having any defining features which mark her as Chinese, an unforgivable mistake in the eyes of many Illumicrate subscribers.

Since the release, Illumicrate have tweeted to say that they are working with Pan Macmillan to update the cover art. However, the company have failed to mention why or how they are planning to change the illustrations.

The company’s next release, ‘From Beyond Death’, will be send out in October. Allegedly, the new novel will have deaf and ASL representation, something which is lacking in the current literary canon. So, although Illumicrate have a lot of explaining to do, hopefully this won’t be their ‘last stop’.