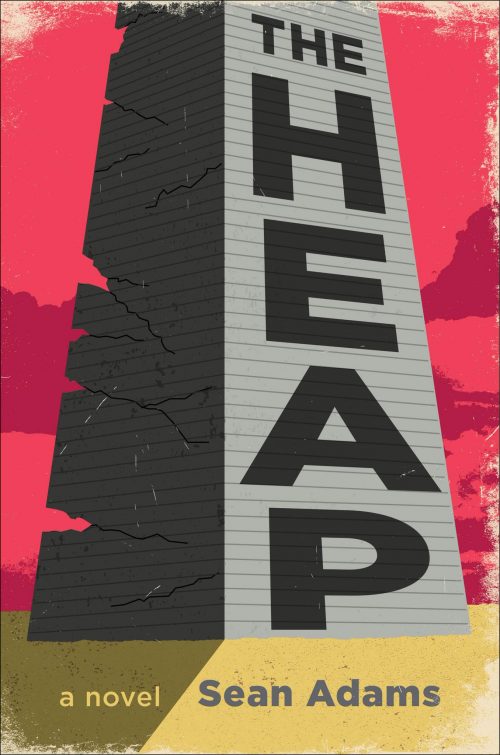 2020 has been, in a few words, a lot. There has been the coronavirus pandemic, murder hornets, the Australian fires, and the acknowledgement of a potential parallel universe.

Despite the fact that some of the news warrants discussion, people have attempted to find ways to get their eyes off of the news. But with no sports and a lot of businesses closed down, people have turned to other ways to entertain themselves. Television has been the easy go-to for most, but 2020 has also included a lot of good reads that some are missing out on.

I am definitely a TV guy more than I am a bookworm, but (like I said) there have been plenty of good books in 2020 so far. Here are my top 10:

The Heap, by Sean Adams

NPR calls it, ” . . .an endearing and downright fun story about a man who defies all odds to reestablish a familial link that’s been sundered by technology, catastrophe and commerce.”

That may appear kind of sappy to some, but the story is about a collapsed, 500 story building that is filled with mysteries. As a curious cat myself, I want to figure out what those mysteries are.

The Town, by Shaun Prescott

Similarly to The Heap, Prescott’s book includes mystery. The difference is that this book is focused on the dark history of a small town that, “. . .exhibits modern issues like poverty and the effects of technology on once-impervious industrial staples of commerce.” This book is a good story that includes prevalent underlying themes that warrant discussion.

somebody suggested The Town by Shaun Prescott a while ago to me and it’s the strangest thing i’ve ever read. beautiful in a banal, self-destructive australian way. https://t.co/uKSX9C2CRd

Wow, No Thank You, by Samantha Irby

A witty, compilation of essays that discusses issues people are currently living through. The New Republic calls Samantha Irby, “America’s most talented comic writer,” so it would make sense this book was an immediate New York Times number one best seller.

The Splendid and the Vile, by Erik Larson

A book diving into the first year of Winston Churchill’s tenure as United Kingdom’s Prime Minister? That’s enough to persuade a history buff like me to sign up for this series of thrilling tales.

I can try and give you an explanation of what this book is all about, but I think the author, James McBride, does a better job of that in the video below.

Very relevant to what is going on in the United Stats today, Porter dives deep into the issue of race in America. He uses research and historical evidence as to how the county ended up at this point. Definitely a fascinating read for those interested in social sciences.

Death in Her Hands, by Otessa Moshfegh

“Her name was Magda. Nobody will ever know who killed her. It wasn’t me. Here is her dead body.”

This how the book starts. A widow by the name of Vesta Gul stumbles across this note slapped onto a dead body, creating all sorts of questions for both herself and the reader. Sounds like a book that could totally suck you in, right?

A retelling of a the German tale about a jester named Tyll Ulenspiegel. Tyll gets put into a setting of the 17th century, which happens to be three centuries later than his own. From there, Tyll goes on a quest that involves baring witness to the devastation of Thirty Years War and the Holy Roman Empire. The book is even good enough that it may be getting its own Netflix series.

According to Kelly Luegenbiehl (Vice President International Originals) Dark‘s showrunners are producing a series for Netflix based on the book “Tyll” by Daniel Kehlmann. pic.twitter.com/78H5AZVxAT

The Anthill, by Julianne Pacheco

Returning home to Colombia to work at a school – called the Anthill- for the less fortunate, Lina has to deal with the fact that the school is in the midst of becoming haunted at the hands of a young, gray-skinned boy with sharp teeth. How could you not want to pick this up?

Had I Known, by Barbara Ehrenreich

Cults, O.J. Simpson, and much more, this collection of Ehrenreich’s magazine and newspaper columns are so diverse that it will be hard for you not to find something you like about this book.

Not interested in any of these? Well, I am sure another book from 2020 will tickle your fancy. Besides, June just started: there is plenty more of 2020 to go.

In this article:2020, books, culture, Entertainment