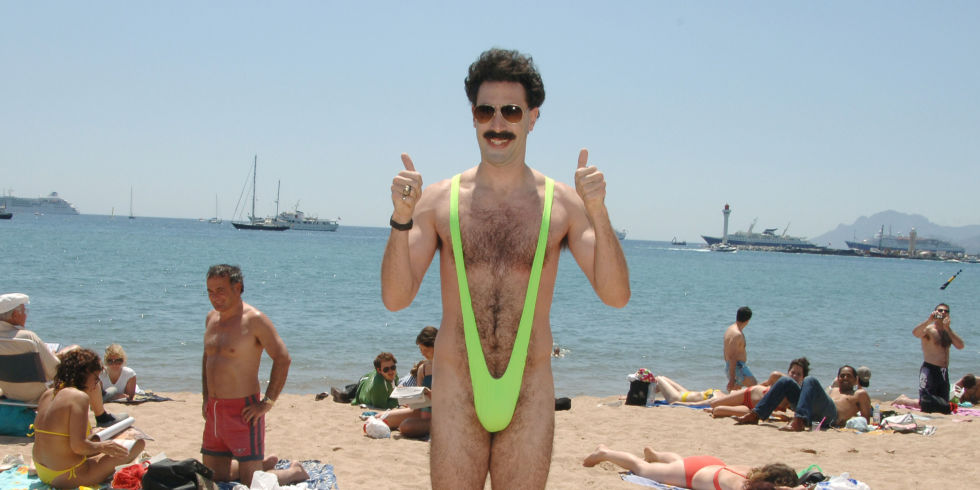 Sacha Baron Cohen has offered to pay fines for tourists of Czechoslovakia who had donned ‘Borat’ inspired Mankini’s in public.

The 6 Czech tourists were posing for pictures in freezing weather in Astanta, the capital of Czechoslovakia, when they were detained for “minor hooliganism”, according to the BBC.

“Minor Hooliganism” in Astana, apparently counts being indecently exposed in the skimpy one-pieces while taking pictures next to the ‘I love Astana’ sign.

The English comedian must have felt some responsibility for the tourists and offered to pay the £300 fine, given the fact that he gave birth to the Mankini’s fame during the film: Borat: Cultural Learnings of America for Make Benefit Glorious Nation of Kazakhstan and during the premiere of the film at Cannes.

On November 21st on the actor’s Facebook page, Cohen wrote:

“To my Czech friends who were arrested. Send me details and proof that it was you and I will pay your fine.”

The film starred Cohen as a fictional Kazakh TV presenter who manages to get himself into outrageous situations while travelling the United States of America.  However, the film did leave a nasty after taste. Despite the fact that film was shot in Romania, officials felt that the film portrayed Kazakhstan negatively. The character bragged about incest and rape, and stated that the former Soviet nation had the cleanest prostitutes in the world.

Whilst their relationship had gotten off to a rocky start (because what good relationship doesn’t start off with lawsuits) the government of Kazakhstan thanked Cohen for his help in boosting the countries popularity, as it inspired many to travel to the country and that visas issues had increased 10 times more, according to the BBC.

Nevertheless, if there is anything these tourists have learnt from this situation, it is that wearing a Mankini is a No-Go.

If you are a budding Mankini-wearing tourist and thankful for Cohen, then you will love this article about another way tourists are being saved on holiday.