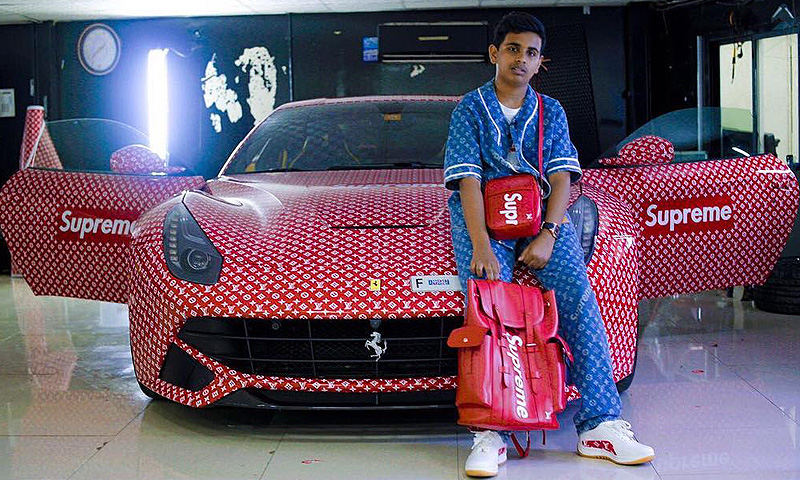 Most Internet lovers know the name Money Kicks. For those who don’t, however, he is the 15-year old son of a billionaire and has gained fame through YouTube and Instagram. Known for showing off his insane wealth, Money Kicks is back again with a video of his new Ferrari being wrapped in Louis VuittonxSupreme decals.

Just this summer, Louis Vuitton teamed up with Supreme and released some stunning creations. They have released pop-up stores all over the world, and shoppers can buy clothing, jewelry, and accessories. The iconic LV monogram is joined with Supreme’s emblematic box logo for a look that definitely turns heads.

Money Kicks has taken advantage of the collaboration and had his brand new yellow Ferrari covered in the fresh logo. While the kid can’t drive the car on the streets of the UAE until he’s 18, at least he can afford the luxury!

Take a look at his professionally created video below showing off the car.

Click here to watch the teen give a tour of his $1 million worth of sneakers collection.