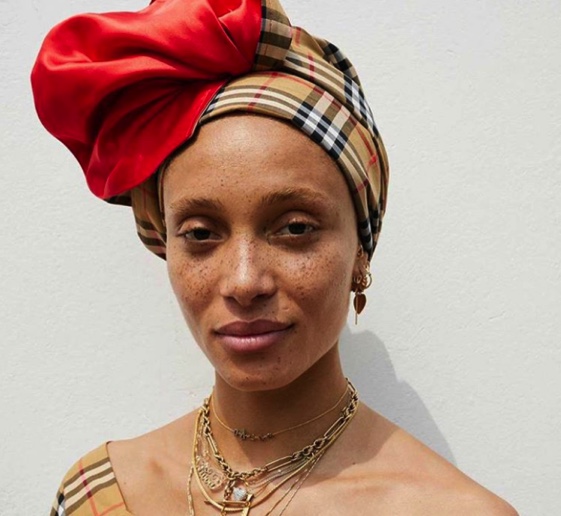 British-Ghanaian model and activist, Adwoa Aboah, and Burberry teamed up earlier this year to work on Burberry’s latest collection. The campaign took place in three places and clearly all locations, with emphasis on Ghana as the last destination, hold significant meaning for Aboah.

The first part of the campaign began in London where Adwoa was born, and the second part happened in New York where she currently resides.

The final location where Adwoa was photographed is the country where she is originally from, Ghana.

Her choice to pay respects to her roots is commendable, yet not surprising with the surge of creative content from black artists that centers Africa.

You can’t subtract the personal ties from this project. The campaign is, in some ways, a personal narrative; however, with the rise of cultural appropriation, one can’t help but wonder how the pairing of traditional Ghanaian print clothes with a Eurocentric brand will be received down the line.

On the bright side, the photos are phenomenal. See for yourself down below: