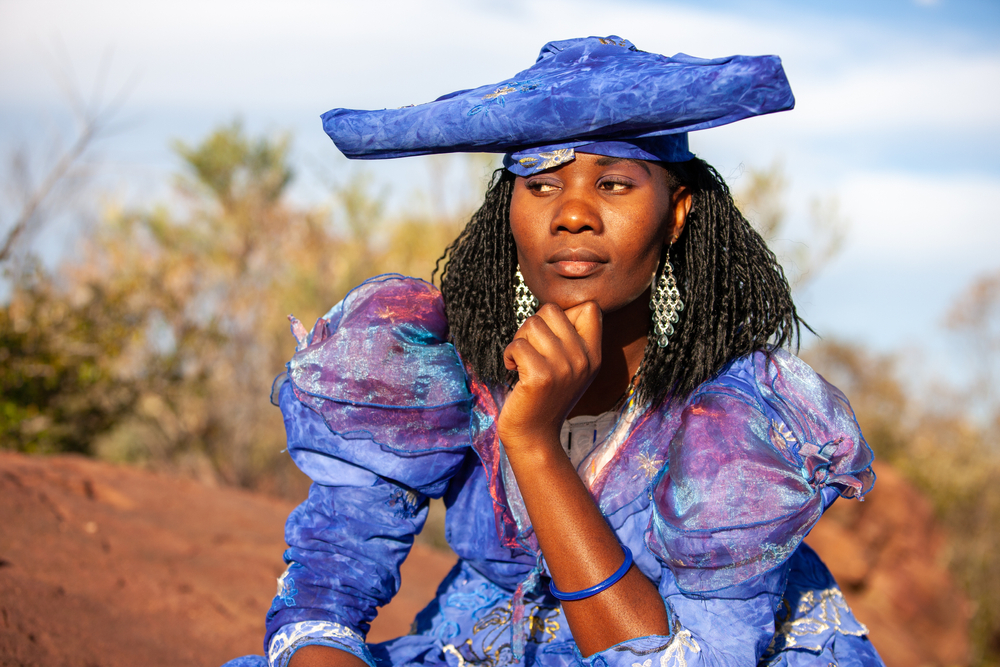 Until they were colonised by the Germans, the Herero people of Namibia were originally cattle-breeding people, they measured their wealth in cattle. Resulting in traditional fashion staples: The Ohorokorva, which is a traditional Herero dress with a  wide structured skirt and is accessorised with (of course) a cow horn-shaped hat.

This style of dress was introduced by the German/ Herero conflict within the early 20th Century and was forced upon the Herero people during this period when nearly 80% of their population was wiped out.

However, since then the Herero people have reclaimed it as their own as a traditional symbol of pride.

The tribe’s now traditional costumes, pictured below by Jim Naughten, are seen by anthropologists as fascinating subversions of their former rulers’ fashion.

‘Herero Woman in Pink Dress’ from the series Hereros. This dress is actually for a funeral. Quite a statement. #herero #namibia #africanfashion #africandress #africanbeauty #jimnaughten #portrait #klompchinggallery

‘Herero Women in Patchwork Dresses’ from the series Hereros. Patchwork dresses tend to be working dresses made up from offcuts and left over material. To me they are some of the most interesting, but the ‘Sunday best’ for weddings and funerals, tend to be made from one piece of material #herero #namibia #africancostume #africanfashion #africancolors #jimnaughten #klompchinggallery #headdress #desert

‘Herero Woman in Pink Dress’ from the series Hereros. The dresses are usually floor length, which can give the illusion of Herero ladies gliding over the ground. #Herero #namibia #africanfashion #africandress #jimnaughten #klompchinggallery

The image above shows a Herero woman in a blue dress in a cow dance pose, pictured here by Jim Naughten, to check out more of his pictures check out his Instagram at: jimnaughten.

If a Herero worrier killed a German soldier, they would wear their uniforms as a badge of honour. A version of these uniforms is still worn today at festivals and ceremonies, to honour their fallen ancestors.

Similarly, to the men, the Herero women adopted the German missionaries’ Victorian- style floor- length gowns. However, with a subversion on the traditional gown they have since ‘jazzed it up’ with the addition of vivid colours and, of course, the cow horn- shaped headdress.

Unfortunately, you won’t be seeing anyone strutting around in these as every day attire, they are now mainly worn for weddings and funerals. Each dress and hat are custom- made and is typically only worn once. Herero gatherings as much fashion shows as they are family get-togethers.

Reclaiming power from their colonisers whilst looking incredible is something, I’m sure, we can all stand behind.

As a result, the Namibian fashion industry is blooming, with modern alterations to keep in with their traditional attire. Giving way to a new wave of young designers, models and activists. All of whom are striving to keep this incredible heritage alive.

Haven’t had enough of fashion? Check out Fashions strange obsession with astrology below:

In this article:culture, Fashion, Featured 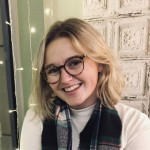