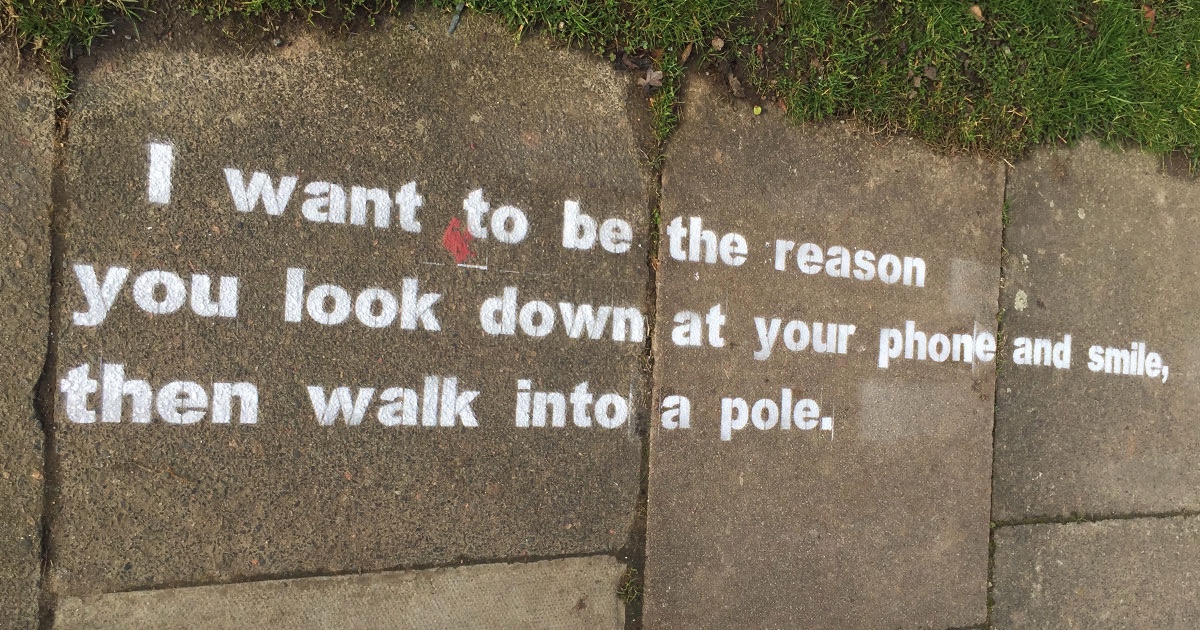 Image Via Worship The Ground

Worship The Ground Is Bringing Street Art To New Heights And Embracing The New Generation.

Entirely self-taught, street artist Damon is has spent 23 years embarking on something called ‘guerilla marketing.’ A strategy used by businesses to promote their business and/or service through street marketing.

However, this path of marketing, changed and probably for the better, when Damon met Midlands based street artist and Banksy collaborator Chu, at Glastonbury festival. A few months later, the pair decided to join forces and create Worship the Ground, a street art service like no other.

The dynamic duo took to the streets of Bristol and London to deliver messages that have been submitted to their website by the general public. The messages can be up to 100 characters and the process allows just about anyone to get involved.

Through a series of offbeat and funny notes, Worship the Ground wishes to raise awareness on a variety of issues.

Damon spoke to Konbini and said:

We wanted to use the same techniques as for guerrilla marketing but giving the space of the urban environment back to people to use. As street artists we try to be funny but also have a political point of view behind it.

One of the most recent political acts took it to Boris Johnson’s home to tag the pavement with a message referencing the Salisbury nerve agent attack. 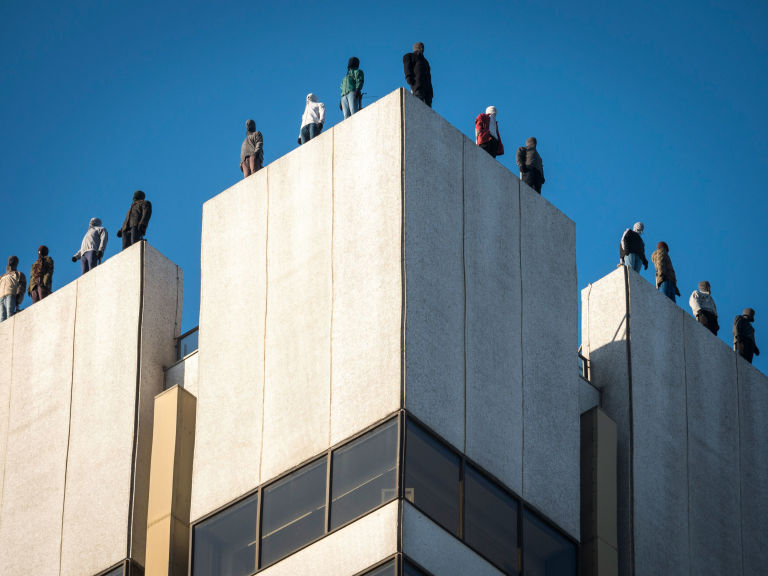 Check out some of the organizations work an even send your own message on the website.

For more on street artists, watch this video on graffiti artists who follow their own politics and aim for gold in this video.