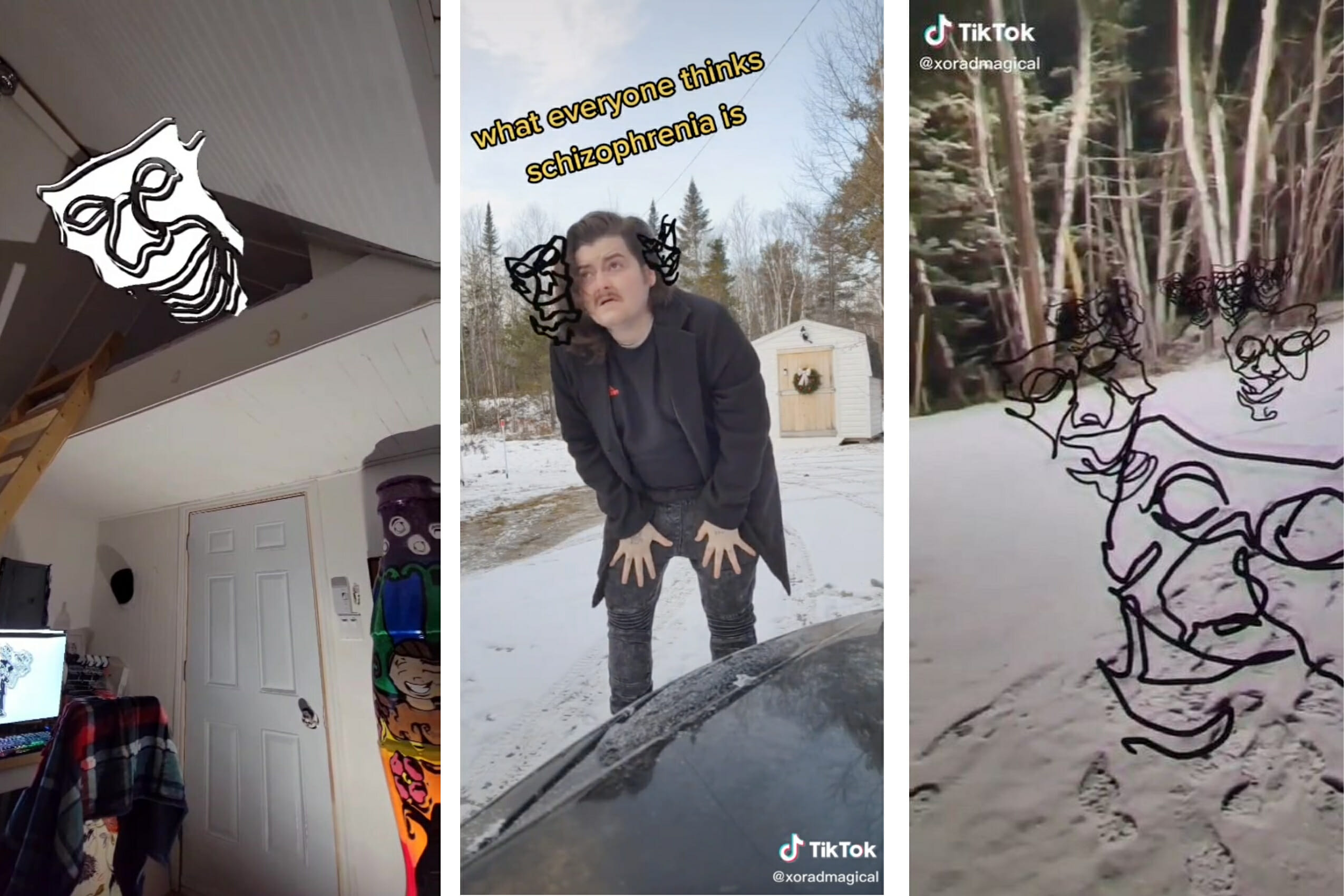 Christopher, known as @xoradmagical on TikTok, has been sharing his experience of hallucinations during a schizophrenic episode with the aim of destigmatizing the mental health condition. Through both his art and video edits, he allows viewers to get an idea of what it’s like to have auditory and visual hallucinations.

Schizophrenia is a long-term mental health condition that affects an individual’s ability to distinguish between their own thoughts and ideas from reality. A main symptom of schizophrenia is psychosis, which includes visual or auditory hallucinations, delusions, confusion about what is real and what is not, and depression. Contrary to media stereotypes, schizophrenic people are predisposed to violence nor do they have a split personality.

Unfortunately, schizophrenia is one of the most stigmatized mental illnesses. However, people like Christopher are sharing how schizophrenia affects his life so that others can understand what schizophrenia is actually like. In an interview with Newsweek, Christopher explained that his videos can explain his experience during an episode of psychosis better than a spoken or written account could. He feels that written descriptions can’t fully capture what psychosis feels like, leading to misconceptions about the whole condition.

Many TikTok users explained how they gained a greater understanding and appreciation of what hallucinations feel like, some commenting that they now see that the media’s portrayal of schizophrenia is entirely wrong and harmful. Others also mentioned how beautiful his artwork is, which he also features on his Instagram.

Christopher actually addressed this in another one of his videos, where he compared what people think schizophrenia feels like versus how it actually is. In the video, he stands in the snow with his hands covering his ears as two animated creatures tell him he is going to “hurt everyone” he loved. In the second part of the video, where he shows what schizophrenia is “really like day to day,” he walks outside as three non-threatening animated beings have an inaudible conversation near his head.

Thanks to Christopher’s TikToks and artwork, so many people have gained a better understanding and appreciation for what schizophrenic individuals experience in their day-to-day lives. With many more people being open and candid about how their mental health conditions affect them, the stigmatization of certain conditions is slowly being broken down.