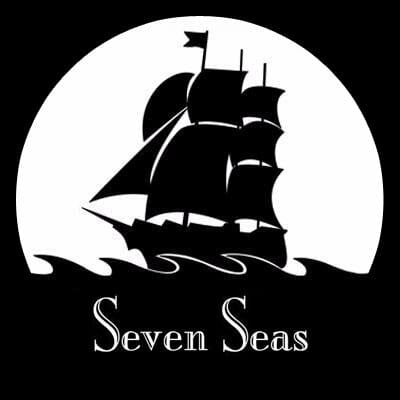 In lieu of complaints about being underpaid and overworked, the biggest indie Manga publishing company in the United States is soon to become the first to unionize.

Seven Seas Entertainment is one of the largest independent manga publishers in the United States. The company works on publishing various media from manga, to danmei, to light novels and young adult manga, as well as webtoons. They are known for Devilman, which has recently been turned into an animated series on Netflix; and also Made in Abyss. Soon, they will be the first manga publishing company to form a union.

The united front of workers is called The United Workers of Seven Seas (UW7S), and they formed in association with the Communication Workers of America. UW7S follows the unionization of Image Comics which was the first comic book publishing company to organize a workers’ union. The Image Comics Workers Union won their election in 2022, even after the company failed to formally acknowledge them.

Representatives of the workers’ union spoke with Publishers Weekly recently and have claimed that they are currently in process of establishing the union for an initial period of five months. They claim the management has not yet officially acknowledged the union, even though they have already filed for election to verify the union under the National Labour Review Board.

The reason that pushed the workers of Seven Seas Entertainment to unionize came from complaints about the speedy growth of the workforce. This put more pressure on those already employed and encouraged unfair working conditions.

UW7S members share in a statement on their website, “We find ourselves overworked, underpaid, and inadequately supported. Furthermore, we do not receive the vacation, sick days, family leave, health insurance, and retirement benefits otherwise typical of the publishing industry.”

This statement on their online website is signed by other 30 odd employees, highlighting their goals and demands.

The greatest demands they ask for are paid time off, vacation and holiday time, healthcare, pension benefits, parental leave, fair wages according to industry standards, protection for freelancers, and putting an end to ‘crunch’. According to employees, ‘crunch’ is compulsory overtime and is often viewed as abusive and exploitative in the game development and media industries. The manga industry is known to be particularly difficult on its workers and artists because of its brutal encouragement of working overtime.

Seven Seas Entertainment has not released public statements in response to the unionization of UW7S.

In other news, read here about the new phenomenon of TraumaTok and how it is affecting its users.