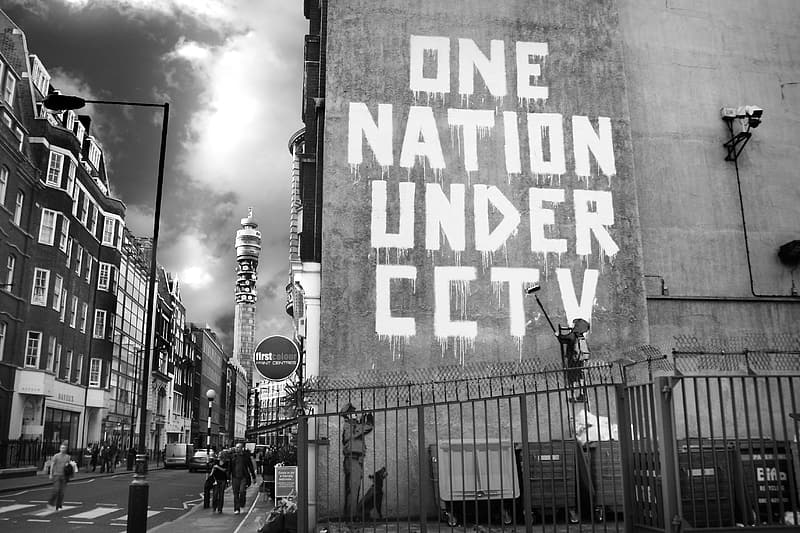 The anonymous British artist Banksy has released new works to show his solidarity with the Black Lives Matter movement. Following the tragic murder of the unarmed black man George Floyd in the United States by a white police officer, there has been increased scrutiny of racism across our societies as people come together on the streets.

Banksy’s first piece, released on his Instagram page, depicts a framed photo of an unidentifiable black-figure surrounded by flowers and a candle. In the next image, the candle is revealed to be burning the flag of the United States.

This powerful piece of work simultaneously condemns the structural racism of American society as well as offers hope. Banksy, in an attached statement to the piece, notes he was unsure about speaking out on racial issues. However, he recognises it as a ‘white problem’ that ‘if white people don’t fix it, someone will have to come upstairs and kick the door in.’

Indeed, the increased diversity of the protests seem to have offered much hope that this could be a pivotal turning point. The civil rights leader Al Sharpton and former President Obama have noted how many people from different communities are coming together to demand change for the African-American community.

Banksy also released a new piece to mark the toppling of the slave owner Edward Colston’s statue in Bristol. There has been a fierce debate surrounding this action with some arguing that the toppling of the statue leads to an effective erasing of history. However, others say that statues commemorate people rather than exposing them for the horrific crimes they actually committed. Local politicians in Bristol had been dawdling for years on what action to take over Colston’s statue.

Banksy has offered a suggestion that may unify those on both sides of the argument:

This certainly seems a powerful and apt way to commemorate the history of this man. It leaves him in Bristol but also memorialises the historic action of those who tore him to the ground for his abominable actions.

These powerful images certainly remind us of what so many activists are fighting for. However, the main determiner of change will not be if we can get statues removed (however powerful that may be) but if politicians act to make significant changes to the systems and structures which disproportionately discriminate against black people.

Check out ways that you can support the movement for change here.