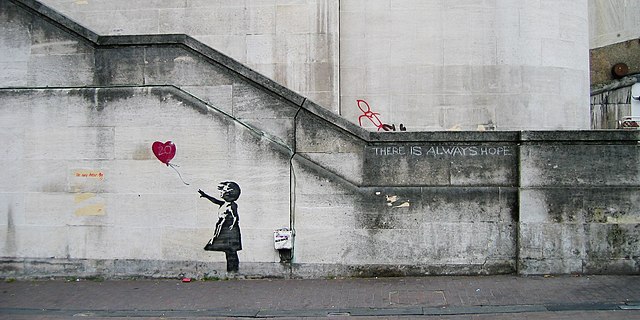 The artwork created by British street artist Banksy returns to auction, this time selling for a record-breaking price for the artist.

A pre-sale estimate, conducted by Sotheby’s in London, marked the price ticket at a cool £4 million. The piece titled ‘Love is in the Bin’ completely surpassed this estimate at auction however gaining a total considerably juicer than expectations indicated.

Known previously under the title “Girl With Balloon’, the work was initially sold to an anonymous European buyer before it was shredded upon the closing bid. The concept of commerce and the cultural significance of art as an identifier of wealth manifests from this action. Who knows? Art is always open for interpretation but what we do know is that this stunt had all the theatrics to leave the witnesses aghast by the performance.

The resale of the artwork now holds more cultural and historical significance due to this stunt that had the media and arts community talking. A significance which pushed the previous selling from £1,042,000 to a whopping £16,000,000. Self-destructive art seems to make a pretty penny so you best catch me outside crafting a crude oil painting under a really hot bulb frame (that will work right?).

If you want to keep reading then click here to delve into an article on the possible death of ‘The Green Screen’ and what is taking over in it’s place, or if you do not want to read on then you know where to come back to when those eyes are rested.