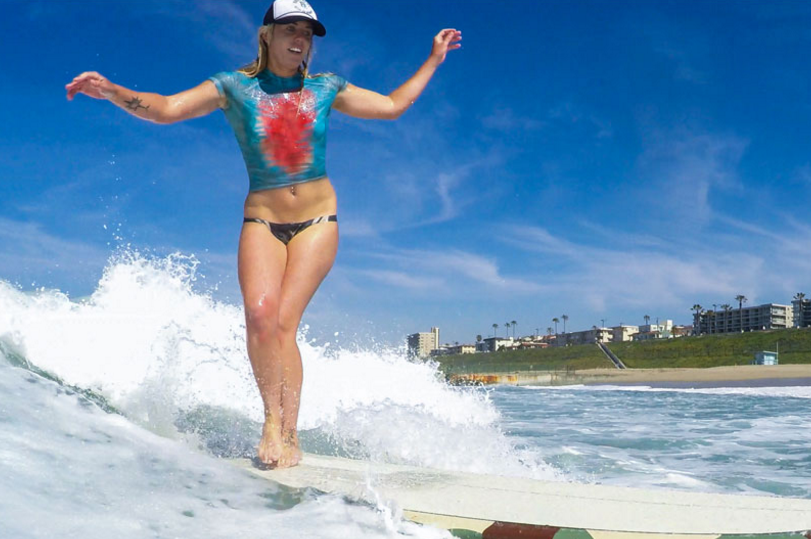 Go take a look at that photo again. Yes, the one you just scrolled over. Now, that you’re looking at it, what do you see? A woman in a wetsuit, having fun, surfing, soaking up sun? WRONG!

Ah, but don’t blame me. Award-winning artist Paul Roustan is the one who tricked you. The women in this article are canvases for Roustan’s amazing body paint work. You are staring at his latest project.

Roustan took four surfers and painted them so beautifully to appear as if they are wearing wetsuits. They’re actually wearing nothing (aside from strapless thongs and nipple covers). Roustan airbrushed every detail into these ‘outfits’, even down to the creases and seams. What’s even more amazing is that the paint stayed intact even as the surfers took to the high tides.

Roustan is known for his bodywork, painting, photography, and conceptual performance art. When he’s not airbrushing surfers, he’s working with brands like Playboy, Bacardi, Absolut, and even Tupperware (though one may wonder how, when, where, and why Tupperware would need bodywork art). Moving along….

Though originally based in Los Angeles, Roustan’s work has been featured all over, from Spike TV to the New York Post. His website displays much of his eye-dazzling work. He’s also published a photobook with over 300 photographs of his pieces and is the first place champion of the North American Body Paint Championship. When he’s not busy being an artist, he’s teaching workshops about airbrushing and body painting. Hard to top, if I must say so myself.

“Even people who have never been interested in body paint might find themselves amazed with what Roustan has been able to create.” – Ryan Martinez

His work is not only alluring to look at, but there is also an element of freedom that lies within his work. You are not bugged down by the weight of society in his artwork but rather adorn yourself with colors and confidence.

Continue that feeling of inspiration by checking out this Photographer Who Turns Light Pollution Into Art!