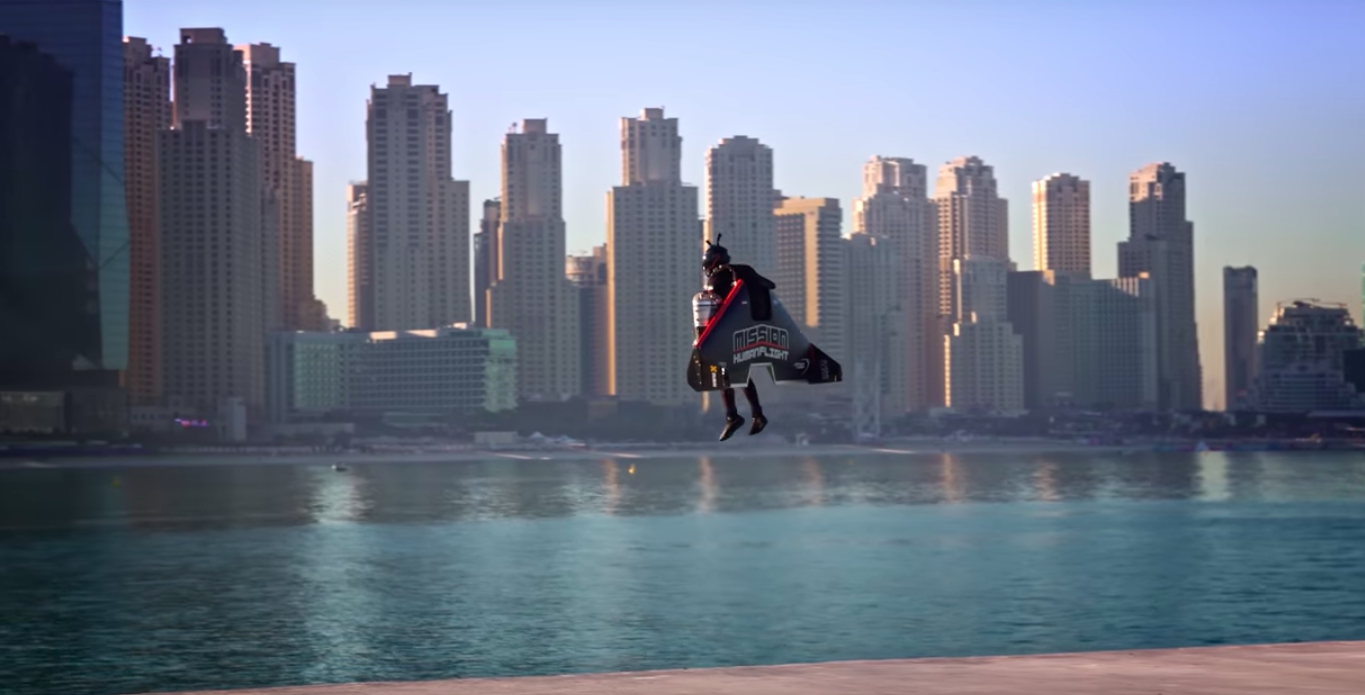 Avengers: Endgame may have seen the end of Tony Stark, but it appears Iron Man lives on in the new jet-pack video from Jetman Dubai.

The video showcases the abilities of a new jet-powered suit. It is shown launching of the ground and rising to heights of 6,000 feet.

The pilot, Vince Ruffet, is a stuntman known as ‘Jetman’. In the video, we can see Ruffet in Dubai, heading towards Jumeriah Beach Residence.

The company are well-known for pulling stunts like this. Previously, they’ve shown similar kinds of jet-packed flying. One particularly famous video from 2015 shows Ruffet and fellow pilot Yves Rossy in a race across the skies, pursued by a chase plane capturing their flight. In that video, they reached similar speeds of 120 miles per hour.

What is so incredible about this newest video, however – the part most like Iron Man – is that Ruffet goes from standing to hovering to flying.

Under the video, the company wrote about this feat:

“It is the first time that a Jetman Dubai pilot could combine hovering safely at a limited altitude and flying aerobatics at high altitude in the same flight. Controlled from the ground by the human body, the equipment enables Jetman Dubai to reach speeds of 400kmh, as well as hovering, changing direction and performing loops.”

So, all this means we need to start getting excited about real life Avengers in our universe. Let’s hope that doesn’t mean we also get the bad guys…