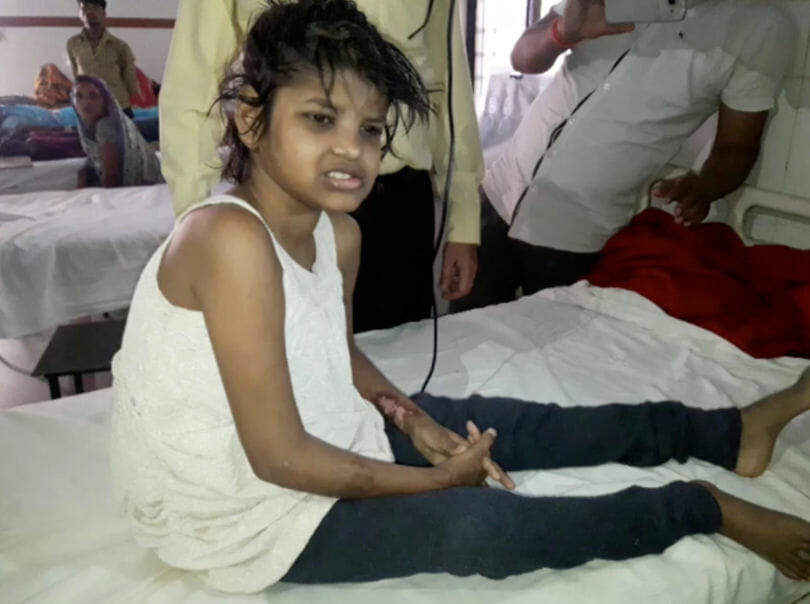 This eight-year-old girl may be the biggest fan of The Jungle Book. She was found walking on all fours in the Katarniaghat Wildlife Sanctuary in India. However woodcutters spotted her and she was rescued by Suresh Yadav. This girl was eating off the floor like her fellow primates. She’s also acquired a nickname: “The Mowgli girl.”

But the real monkeys are the people recording her like some kind of a freak show. This girl was abandoned and the hospital staff has put out adverts, hoping her parents will respond. It’s speculated that she was abandoned for mental illness or special needs. Yet she is not the first feral child to be discovered. Another case was Genie , who suffered years of neglect from her father.

Hopefully this youngster receives the help needed to assimilate back into human society. It’s far too primitive to be walking around on all fours nowadays.

And lastly, if you’re into monkeys check out grandma getting one-hit KO’d by a turd.