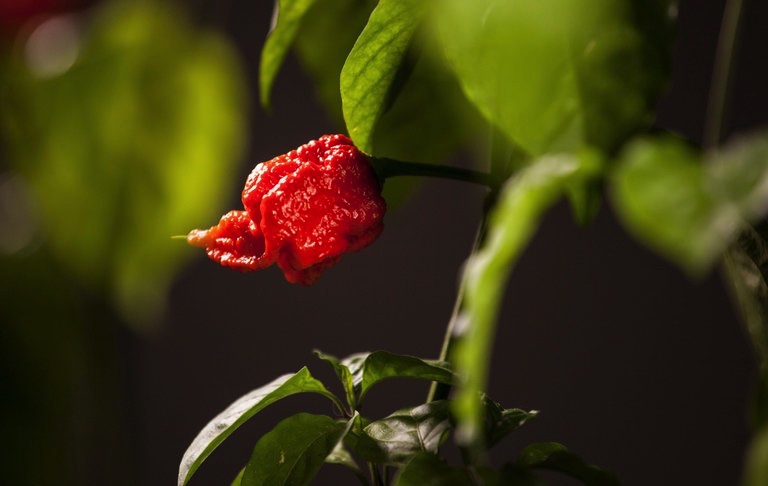 A man began to suffer from ‘Thunderclap’ headaches and was taken to the emergency room after eating the world’s hottest chilli.

The 34-year old man was in a chilli eating contest and ate the Guinness world record holding pepper. The Carolina Reaper hits 2 million Scoville units, 4 times the amount of the hottest habanero.

Initially, he started dry heaving, which is sometimes to be expected in these competitions. However, then a pain in his neck and the head formed. He was taken to the hospital and promptly diagnosed with RCVS or Reversible Cerebral Vasoconstriction Syndrome. This causes temporary narrowing of the arteries in the brain and bringing on the ‘Thunderclap’ headaches.

The condition can occur without an identifiable cause, as a reaction to prescribed medications or after taking an illegal drug. However, author of the report, Dr Gunasekaran, stated: “no cases of RCVS secondary to peppers or cayenne have been previously reported”.

Links have been made previously to pepper pills and patches that have caused medical problems. Therefore, it might be wise to stay away from those products and maybe even the source itself. Although, the Carolina Reaper was bred and created by Ed Currie. He claims to eat them all the time with no ill effect.

This guy still has yet to be identified. Although, since the condition is temporary, he’ll be up, eating chillies again in no time. Or maybe not!

Want to try something hot? Take a look at this hot sauce using Pepper X!