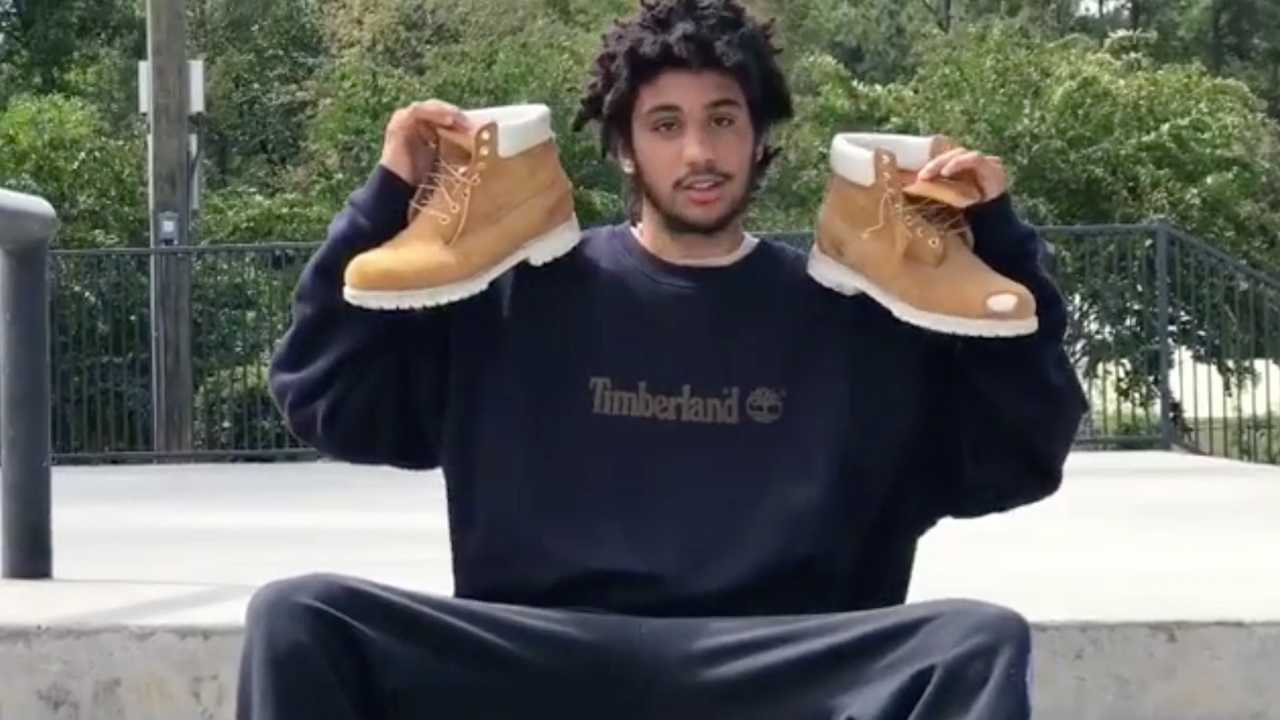 Meet Ferg, The Atlanta Local Who Skates in Timberlands.

Whilst Timberland boots have never been specified as the shoes of skaters, they do have a long and strange history.

The idea of skating in Timbs, seems preposterous, due to them not being flat soled, the better show to use, according to my brother who uses a skateboard, is Vans. However, there is a thing called the Tom Penny effect, making skating in Timbs seem absolutely normal.

What is the Tom Penny Effect?

As dubbed by Ripped Laces, the Tom Penny Effect basically is the normalization of skating in Timberlands, especially since Tom Penny, a skater from Abingdon, Oxfordshire, United Kingdom. The professional, Tom Penny did a 540 in a pair, therefore normalizing Timbs as an outside-the-box skate shoe, option.

Here is an awesome example of a trick done in Timbs here.

However, despite these antics, no Skateboarder has actually claimed Timberlands as their number 1 skate shoe, until now.

Ferg who lives in Atlanta has branded himself as the sole member of the Timbs skate team, according to Jenkem. The street footage sent of his performing stunts in his Timberlands is astonishing.

He makes the stunts look easy, as well as creating a theme; mixing durability with a thuggish style.

Check it out below:

For more skateboard-related material, don’t forget to check out this article on Simon Stricker as he performs The Longest Manual on a Skateboard.