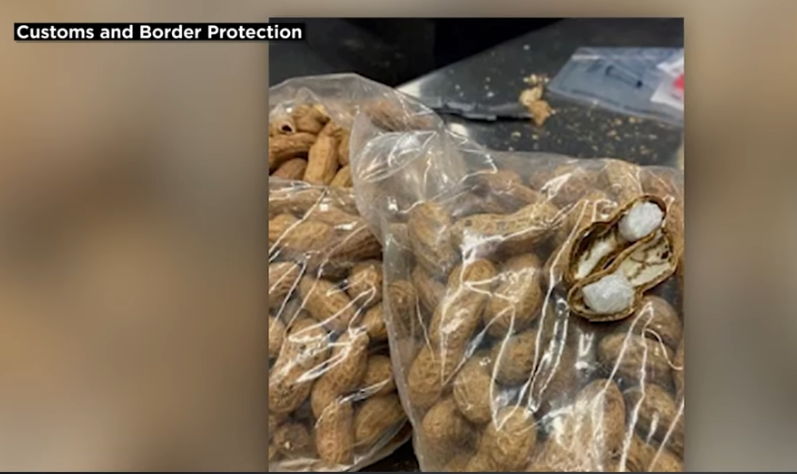 It should come as no surprise just how sneaky people can be. Whether it’s sneaking out of your parent’s house when you’re in high school to meet your friends or significant other or shoplifting that lipstick that is the perfect shade that you just can’t afford, it’s always something. Drug smuggling though goes on every minute of every day around the world, which is why we have a global drug crisis. Putting that heavy subject aside, this story shows just how sneaky people can be when they are trying to get their product into another country, East Texas to be specific.

For this kind of attempt to traffic drugs into the U.S. from Mexico these people, whoever they are, are definitely not amateurs. Cracking open peanut shells perfectly so they could put the meth inside and sealing them back to make sure they looked like unopened peanuts…that takes some serious skills. Customs encounters all kinds of incidents every day but this had to be one for the books.

How Did They Pull This Off?

The outside of the box read “REGIONAL BREAD ROASTED PEANUTS REGIONAL DUST SWEET MADE OF CORN” (www.unilad.com 1). I guess they thought the all caps wouldn’t raise any suspicions and it nearly didn’t if it wasn’t for having the package go through the scanner and that is when things began to go downhill.

Area Port Director Michael Neipert had this to say about the bust:

“My experienced officers long ago lost all surprise at the smuggling methods they encounter every shift. Narcotics in fruit, nuts, baked goods, shoes, toys, and all kinds of other items disguised as gifts or other legitimate shipments fly through the express consignment world. These days you can get a gram of methamphetamine at half the price of what cocaine costs, and at twice the potency. I’m proud we were able to keep this shipment from getting to its destination. If an average dose of meth is 0.2 grams and lasts six-eight hours in the body, my officers prevented 2,445 doses and about 15,000 hours of dangerous drug highs that lead to reckless behavior, overdose, and a danger to those around the user.“

The good news is this stuff was seized before it could get into people and ruin their lives and the lives of their families. The bad news is it’s unknown who exactly was behind this shipment, at least not to the public anyway. Hopefully, any more shipments will be stopped and not make it into people’s systems. But that means another supplier will find another clever way to get drugs into the country and the cycle will continue, unfortunately. When the global drug crisis will end is anyone’s guess but hopefully, someday it will be at least better than it is now.

In this article:News, peanuts, us customs