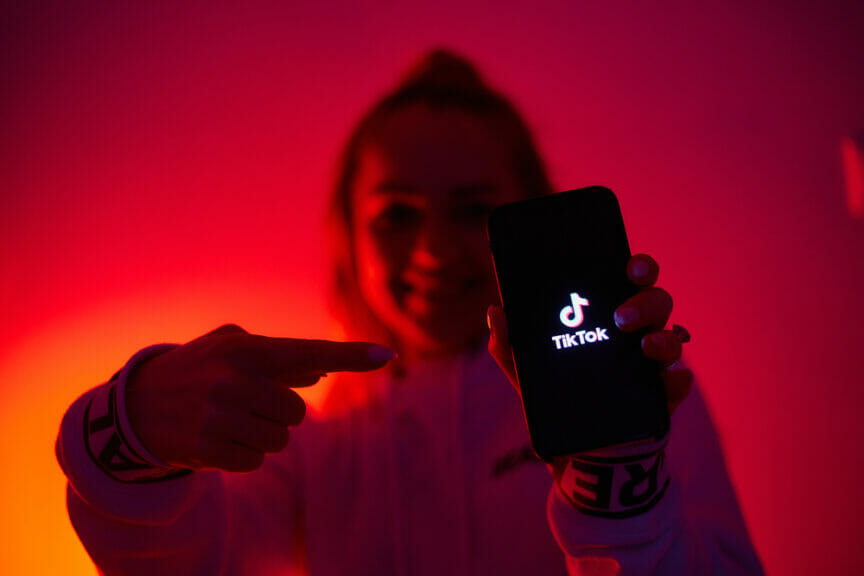 The popular video app has recently been accused of using the platform to take money from refugee families asking for online donations.

The social media platform is based on short videos that people can share, either reusing famous soundscapes or creating completely from scratch. The Chinese company Douyin released the app in 2017. It has quickly become many youths’ favorite platform due to its highly addictive scheme and ‘For You Page’ that caters to experiences specifically for the user. It has been recorded as one of the fastest-growing social media platforms of recent years, grossing over $6.2 billion in its first year of release.

However, an investigation spearheaded by the BBC has recently uncovered TikTok’s unethical scandal of keeping up to seventy percent of the profits refugee families on the platform receive as donations.

Displaced Syrian refugees have been using the popular and free platform to live-stream their situations, asking for possible donations through the app. There are around thirteen million Syrian refugees displaced due to the war that has occurred since 2011. Twelve million of these refugees are food insecure, and around 6 million of them are children. Refugee families often survive in conditions of extreme poverty, finding refuge in camps across Europe and the Middle East.

The recent TikTok trend of exploiting these dire conditions to ask for donations has taken the world by storm. Live-streaming the livelihoods of these children in camps with promises that it will reap thousands of dollars seems a story too good to be true.

With all the donations that these families are asked to beg for on the free platform, very little of the virtual coin actually falls into the hands of those in need as real money.

The ‘live gift’ donations can be sent from other users on the platform. These live gifts can be in the form of animated stickers, animals, or gifs. For instance, a ‘lion’ that appears on the live-streamers screen is around a $500 donation – which is a rather large sum. However, when sending these tokens between users, the app is apparently receiving the majority of the value.

Hamid Al-Alwa has spoken up about the issue. Al-Alwa works in between this TikTok donation scheme and families in refugee camps asking for financial aid. Al-Alwa has claimed that most of the refugee families he is trying to raise funds for actually see very little of the money come to them after the app takes its large cut. Apparently, the missing sum heads straight to ByteDance.

ByteDance is the company that owns TikTok, the app, and ByteDance spreads the revenue amongst its own guilds.

Al-Alwa has shared insight that, for instance, whenever a ‘lion’ gift is sent through, from that $500, only $155 reaches the refugee families in Al-Dana after the transaction with the app.

When this trend started arising, many TikTok middlemen from its Middle East and Chinese quarters were sent to various camps to provide better live-streaming equipment for refugee families. Refugee children would stand in front of cameras, begging for hours in front of an endless invisible public of smartphone users. What initially seems like a means to help eventually becomes a cruel mockery, heightening the disparity between what money the already rich app is making and those actually requesting it.

An even further irony of it all is that per TikTok’s regulations, one is not permitted to ‘harm, endanger, or exploit minors on the platform’ – and yet, this seems to be exactly the situation taking place, aided by TikTok middlemen themselves. Access Now, an international digital rights organization, has publically accused TikTok of violating its rules and supported BBC’s investigation.

TikTok clearly states that users are not allowed to explicitly solicit gifts, so this is a clear violation of their own terms of services, as well as the right of these people.

Farafta highlights her belief that although one may seek support and sympathy online, the live streams seem to “lack dignity and are humiliating.”

TikTok has denied that the videos BBC presented to them as evidence of such claims violate any of their current policies. Still, they have publically commented that they are taking “prompt and rigorous action” as they are “deeply concerned by the information and allegations brought to them” by the BBC.

Such action is said to be in the form of strengthening protocols against exploitative begging on the platform, and the app has also banned all accounts claimed to have partaken in the live-stream begging. However, that is not to say that there are not more accounts being made and still using the platform for that purpose.

Read here about the psychologically addictive nature of the TikTok app and the so-called “TikTok Brain“.