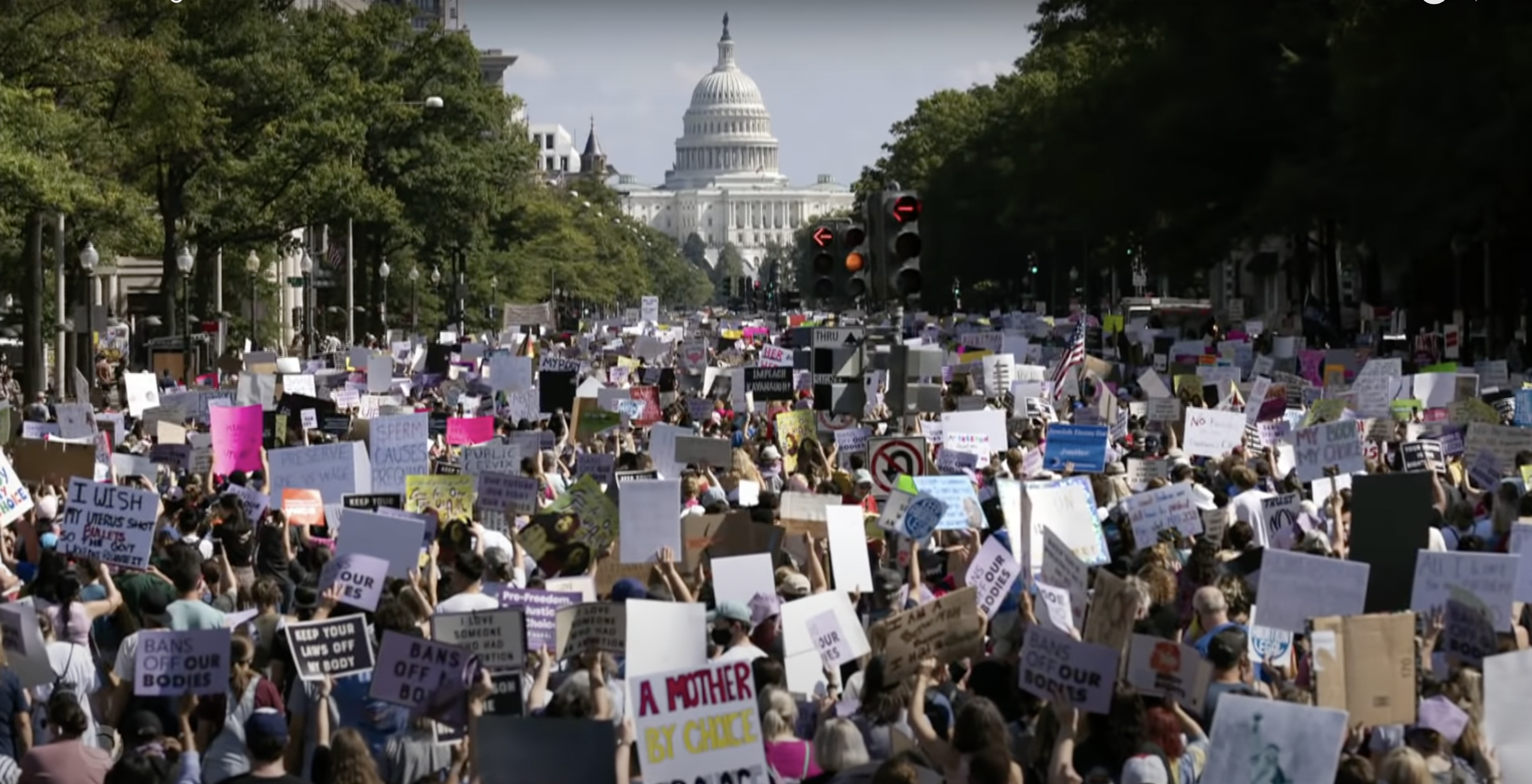 On Saturday, October 2, 2021, across the United States, protestors took to the street by the thousands to advocate for reproductive rights. Five years after the first Women’s March in 2017 responding to Donald Trump’s presidential inauguration, protestors gathered once more in over 650 locations in all 50 states to protest for abortion rights.

This year, the conversation centered around recent anti-abortion policies in an effort to protect the seminal case Roe v. Wade. Coming a month after the recent abortion ban in Texas, reproductive rights have dominated discourse across social and political spheres in the U.S.. On Monday, October 4, the Supreme Court is set to reconvene for the year, making this year’s march strategically timed to target the courts as they begin to consider a series of cases related to overturning or protecting Roe v. Wade.

Texas’ latest abortion law went into effect on September 1, 2021, ruling it illegal to pursue an abortion once cardiac activity is detected in an embryo. This date can occur as early as six weeks into a pregnancy. A similar law was recently introduced in Florida courts, as increasing pressure arises to outlaw abortion entirely in the United States.

While much of the discourse surrounding reproductive rights centers around cisgender heterosexual women, a recent study demonstrated the importance of abortion and reproductive health access to queer and gender-expansive people as well. National LGBTQ Task Force executive director Keirra Johnson and transgender advocate and athlete Schuyler Bailar emphasized the ways in which reproductive rights are inextricably entangled with queer rights.

In addition to Bailar, speakers included Dr. Jamila Perritt, the President and CEO of Physicians for Reproductive Health, and Alexis McGill Johnson, the CEO of Planned Parenthood. Celebrities Jennifer Lawrence and Amy Schumer were in attendance, as well.

This year’s march was funded by organizations including Planned Parenthood Federation of America and Abortion Care Network. In addition to centering LGBTQ+ voices, Women’s March emphasized the importance of making abortion justice an intersectional issue. They made an effort to highlight the voices and stories of BIPOC who are disproportionately and adversely affected by the United States’ discriminatory healthcare systems.

Many protesters also paid homage to Supreme Court Justice Ruth Bader Ginsburg who passed away from cancer just over a year ago on September 18, 2020. Ginsburg was one of the preeminent figures in spear-heading women’s rights in the modern United States, dedicating her law career to overturning antiquated laws which enforced women’s subordination. She remains a figure of inspiration across American history and was credited as such by marchers across the country this past Saturday.

Interested in social justice topics? Click here to read more about Sabina Nessa and the recent push for a safer world for women.