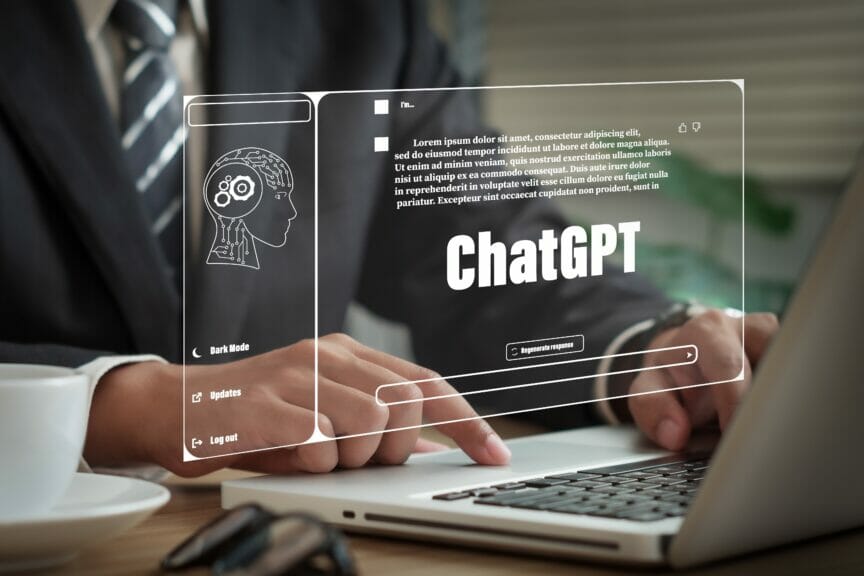 ChatGPT, the new AI chatbot from OpenAI, has become social media’s newest star since its debut on Nov. 30. People are competing to share new wonders they just find the bot is capable of.

Or, write a letter to help explain to your kid that Santa is not real.

Meanwhile, Wall Street Journal reporter Ben Eisen entered a Pun Competition and had all his jokes written by ChatGPT. Entrepreneur Jon Radoff posted on his Linkedin that he saw a future in teaching ChatGPT to create a massively multiplayer online game.

How to use it

You may want to join the frenzy and try it out yourself if you have not done so already. In fact, there have been 894 new tweets in the past hour on innovative ways to use ChatGPT the minute I’m writing this paragraph.

The chatbot is open for free testing at the moment and could be accessed at https://openai.com/blog/chatgpt/. You will be led through a simple sign-up process and then gain access to the bot.

According to OpenAI, ChatGPT was “trained using Reinforcement Learning from Human Feedback (RLHF), the same methods as InstructGPT, but with slight differences in the data collection setup.”

OpenAI has reportedly been feeding ChatGPT with massive internet data including Wikipedia. Elon Musk said that he found OpenAI using Twitter data to train the chatbot and put a stop to it.

Musk co-founded OpenAI with Sam Altman and prominent Silicon Valley figures including Peter Thiel and LinkedIn cofounder Reid Hoffman in 2015. He resigned in 2018 to “eliminate potential future conflict” from Tesla’s focus on AI.

What is the future

People have already started talking about ChatGPT’s potential to replace google as a new method for searching for information. A lot of them find the bot’s chat interface more user-friendly than the conventional blue links.

But technologist and deep learning expert Chris Rowen have some different thoughts.

Chat interface is a very clever move. But it is probably most important for PR, as it makes GPT so accessible. The real intelligence is in GPT-3.5, the underlying large language model.

Will jobs be lost

I ask ChatGPT to write a report on the chatbot itself in the style of Trill Magazine. Here is what I get.

ChatGPT utilizes the latest advances in natural language processing (NLP) and machine learning to provide users with an immersive and engaging chat experience.

One of the key features of ChatGPT is its ability to generate human-like responses to user input. By using a combination of machine learning algorithms and a massive dataset of human conversations, ChatGPT is able to understand and respond to a wide range of topics and queries.

In addition to its natural language capabilities, ChatGPT also has the ability to learn from its interactions with users. As it converses with more and more people, ChatGPT continually improves its understanding of language and its ability to generate appropriate responses.

Overall, ChatGPT is an impressive chatbot that demonstrates the vast potential of artificial intelligence in the realm of natural language processing.

With its ability to understand and respond to a wide range of topics and its ability to learn and adapt, ChatGPT is a promising example of the future of chatbots.

In this article:ChatGPT, News, tech