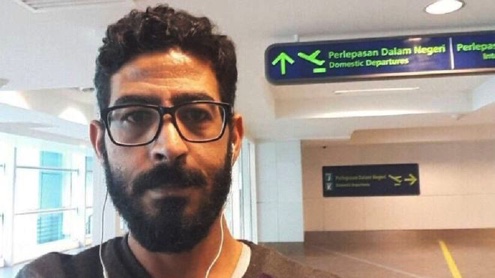 There are no words for the lack of humanity that is displayed in this situation.

Hassan Al Kontar, 36-year-old Syrian refugee, has been stuck in a Malaysian airport for over 44 days. The reason? No country will take him.

In a recent twitter video, he talks about the struggle of being denied entry from so many places. He reached out to flight companies, public figures, alleged activists, and more. Unfortunately, everyone took a passive position, declaring his situation as hopeless.

According to ABC News, Al Kontar recounts his terrible sleeping and hygienic situation: “I sleep either on the floor or on uncomfortable chairs. I don’t have a clean set of clothes nor do I get to have a proper shower.”

Truly awful. All we can hope for is that officials start taking accountability and action towards Al Kontar and other refugees’ situation, because an indifferent attitude is not the answer.

Watch this video down below for more details: