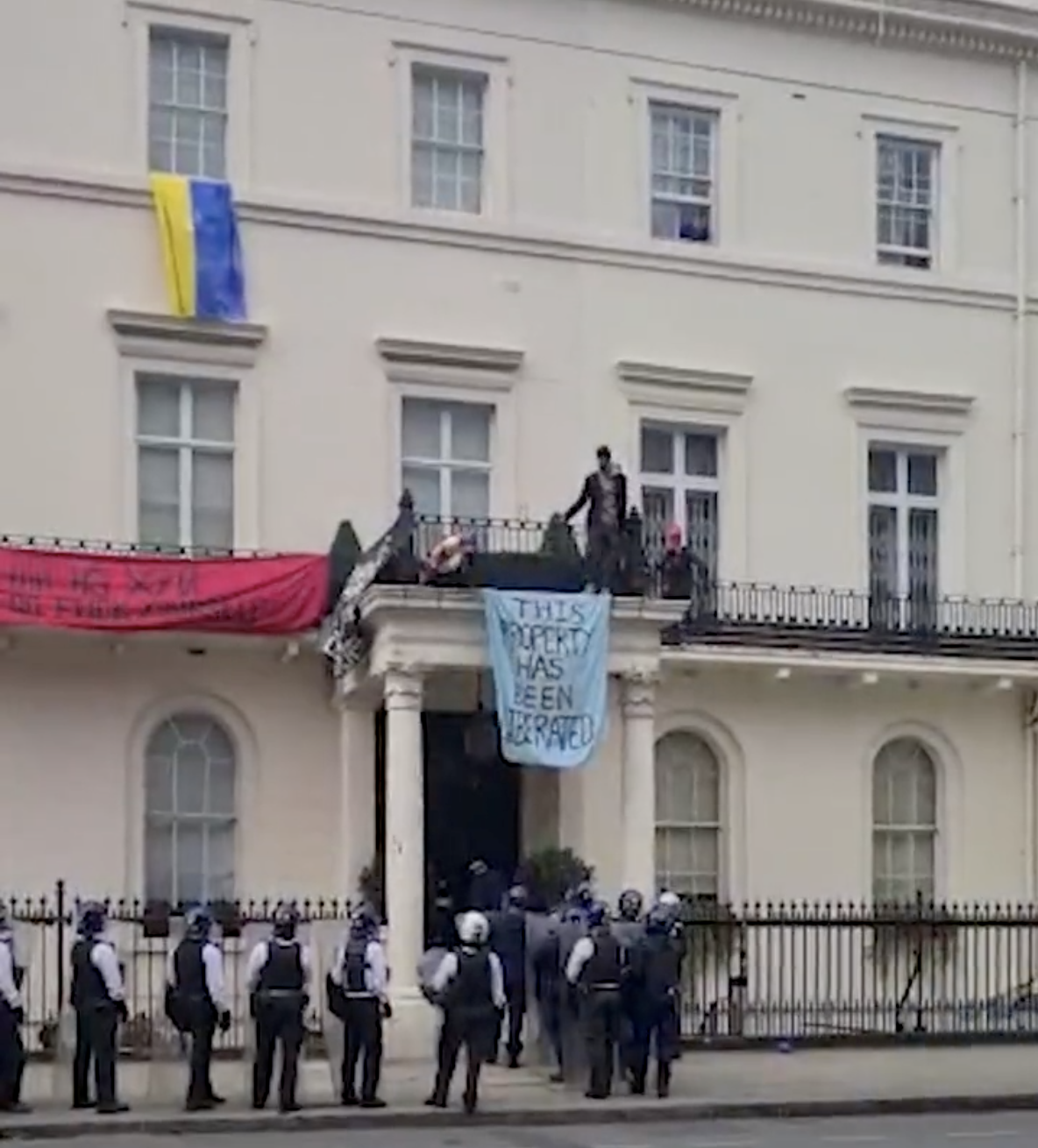 A Russian Oligarch’s mansion home in London has been taken over by protesters.

The Metropolitan Polices have confirmed that squatters have occupied a Russian Oligarch’s mansion in London. On Monday 14th March police were called to a residential property in Belgrave Square, SW1. A spokesperson from Met Police has said; “Officers attended and found that a number of people had gained entry and hing banners from upstairs windows. Officers remain at the location.”

An image of the squatters was shared on the Twitter account @resist_london showing two banners and the Ukrainian flag hanging from the property. The red banner reads: “This property has been liberated.” While the red one reads: “Putin go f*** yourself” with a helpful Russian translation for the President himself.

The Twitter account has claimed that the Oligarch who owns the mansion was a war supporter, and one of the sanctioned oligarchs. It also explains that “the squatters are using a version of the Section 6 notice known as the ‘protest defense’, in which they do not intend to live and sleep at the property, but are instead occupying it as a protest, on rotation,” saying “this is because of the 2012 law change on residential property.”

Although the squatters have found a work around, they might not have to keep it up for much longer as the UK government is looking into how they can turn Russian Oligarch’s residencies into emergency housing for Ukrainian refugees.

“I want to explore an option which would allow us to use the homes and properties of sanctioned individuals – as long as they are sanctioned – for humanitarian and other purposes.”

“There’s quite a high legal bar to cross and we’re not talking about permanent confiscation. But we are saying, ‘you’re sanctioned, you’re supporting Putin, this home is here, you have no right to use or profit from it – and more than that, while you are not using or profiting from it, if we can use it in order to help others, let’s do that.'”

Some predict that Britain and the EU may have to take in up to 15 million refugees is Vladimir Putin continues with the assault on Ukraine. More than two million people have already fled Ukraine and the United Nations has described it as the fastest-growing refugee crisis since WWII.