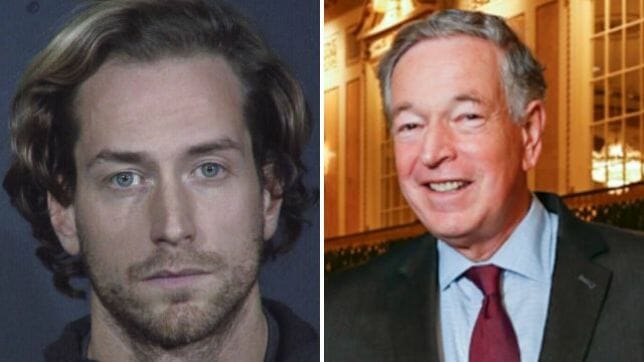 Back in 2015, Thomas Gilbert Jr shot his 70 year old father in the head. The son had come over unannounced and angry at his father for cutting his weekly allowance.

Gilbert Jr was a college graduate of Princeton, and despite being wealthy his ex-girlfriend claims he was down to earth. After the act of violence he placed the gun near by in the bedroom to make the crime look like a suicide. The evidence point’s clearly that this was in fact a murder and Gilbert Jr is responsible, but the defense is stating that the perpetrator is mentally ill to lesson the sentencing time.

The wife of the father, Shelly Gilbert, was the one to discover the body before making a traumatizing 911 call stating that she couldn’t find a pulse. In the midst of the chaos the operator asked who had shot her husband where she responds

Around the time of the killing, searches were found on Gilbert Jr’s computer such as ‘find-a-hitman.com’ leading the court to believe that this was a planned execution.

Gilbert Jr now faces life in prison as he awaits the end of his trial.