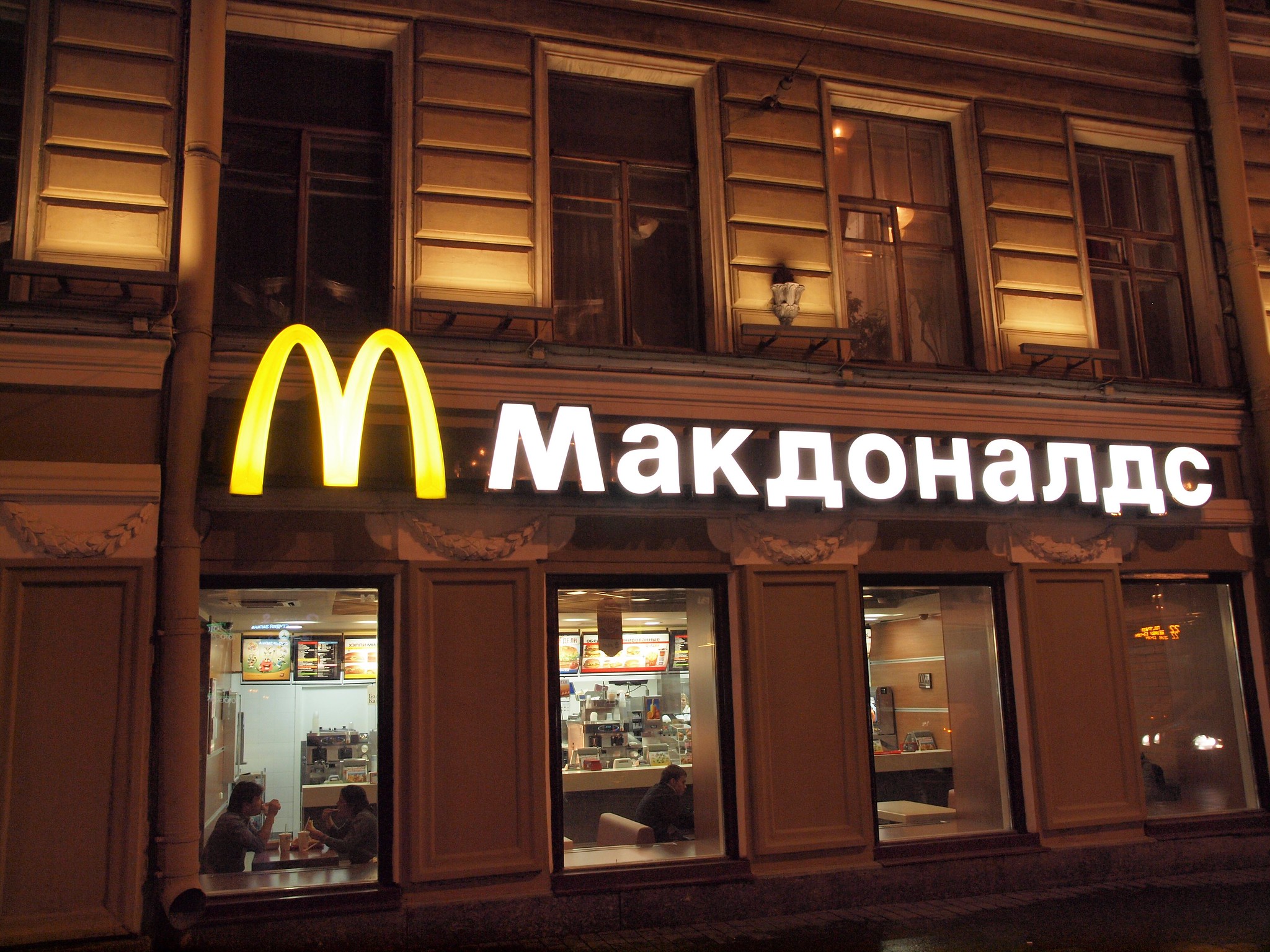 In the midst of the Russia-Ukraine war, Russia has decided to create its very own version of Mcdonald’s in retaliation to the fast-food chain stores being closed down.

As the Russian war on Ukraine continues, several countries around the world have cut economic ties with Russia signifying their stance against the war.

So far, the list of companies that have stopped doing business with Russia continues to grow and includes Mcdonald’s. As a result, Putin has decided that the nation should create its own knock-off version of Mcdonald’s as a substitute.

Other companies that have cut ties include PepsiCo, Heineken, Nestlé, Shell, and many more. The disruption to business has had a drastic effect on gas prices. The war has accelerated the already sky-rocketing gas prices to new levels where they have now hit $4.305 a gallon.

It’s fair to say that the war is having many unwanted effects on Ukraine, the rest of the world, and Russia’s own citizens. The absence of Mcdonald’s, however, is something Putin has decided to prioritize.

As a result of the international sanctions placed on Russia, a majority of the 847 of its Mcdonald’s restaurants were closed and inaccessible to the public.

Russia is now set to open a fast-food restaurant that looks exactly the same as the world-famous Mcdonald’s with its classic red and yellow branding.

The blatant re-branding has been filed for trademarking with the outcome to be awaited. The efforts seem drastic as the closing of Mcdonald’s in Russia would only be temporary for the duration of the war, but the government decided the implementation of a suitable alternative is urgent.

The newly-designed logo has been submitted for trademark by a Moscow-based lawyer. It essentially looks like the classic Mcdonald’s ‘M’ rotated to the right. When looked at from this angle, it looks almost identical to the original logo.

Despite the many closures, a number of Mcdonald’s restaurants in Russia remain open. This is due to complex legal reasons, with certain stores being owned by franchisees.

Mcdonald’s in airports and train stations have generally stayed open, while most high street ones have temporarily shut as these are company-owned. Keen Mcdonald’s fans in Russia can at least travel to these locations while they wait for the opening of Russia’s new version of the fast-food chain.

Other fast-food brands such as Burger King have also faced difficulty in closing down their Russia-based stores due to franchises refusing to shut down. Fast-food and other brands continue to cut ties with Russia and attempt to end business where possible despite the legal loopholes.

For more, read about how you can help Ukraine amid the Russian attacks.