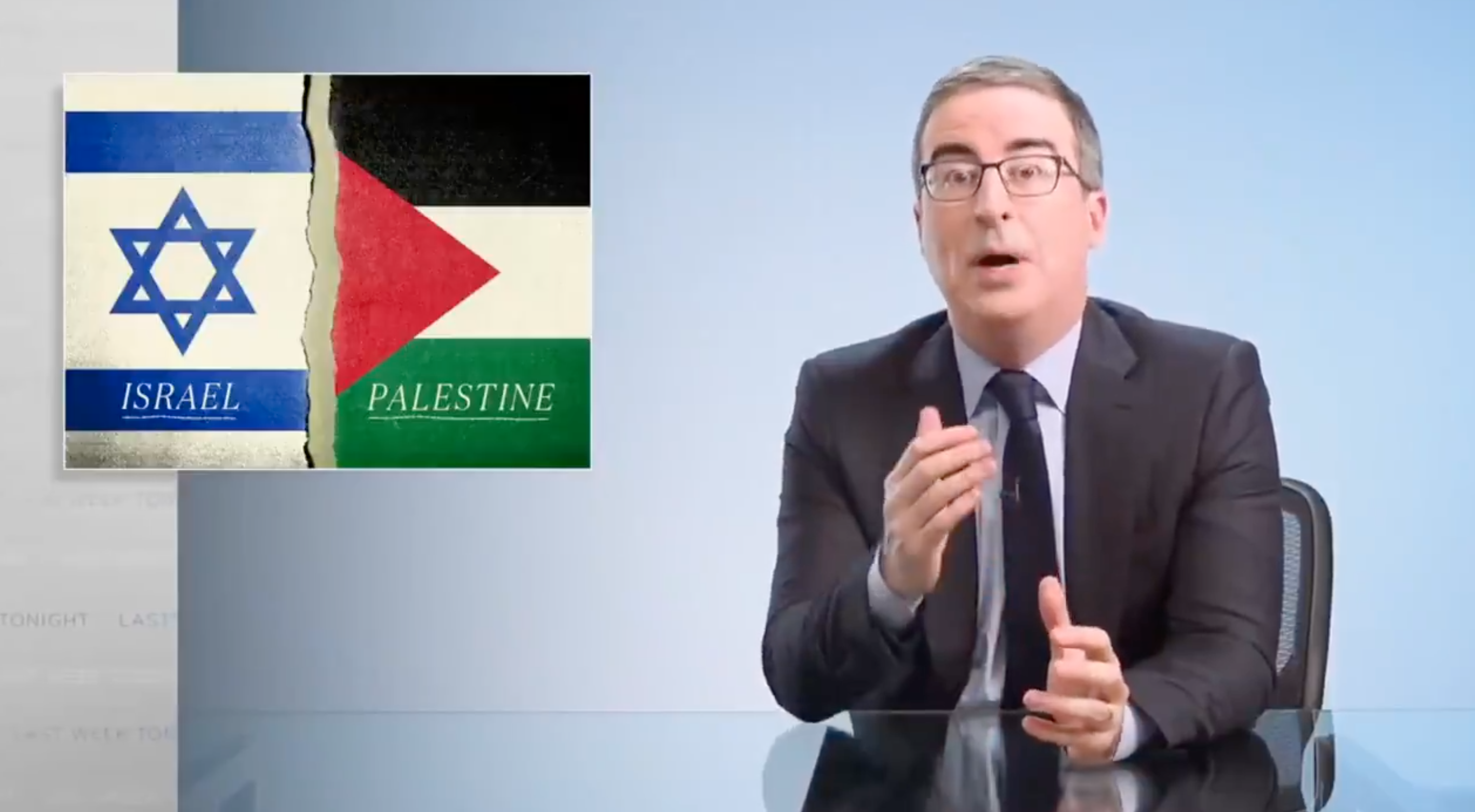 This week, the comedian and host of Last Week Tonight John Oliver, received praise for exposing the issues with classifying the Israel/Palestine conflict as a ‘double-sided’ argument whilst also calling out US involvement in this issue. After dedicating a large majority of Last Week Tonight to explaining and debunking the issues with the ‘double-sided argument’, his comments received viral praise and applause.

Oliver’s comments focused on humanity and the impact of the conflict on civilians in an effort to discredit the so-called ‘double-sided’ argument that many are favoring. There have been countless articles from a variety of news outlets over the past week regarding the heated issue so many praised Oliver’s comments because of his clarity and focus on humanity and civilians.

Oliver stated that “there is a massive imbalance when it comes to the two sides’ weaponry and capabilities. While most of the rockets aimed toward Israeli citizens this week were intercepted, Israel’s airstrikes were not. They hit their targets including a house in a refugee camp, a building housing the Associated Press and Al Jazeera, and [a] 13-story office and apartment building. And while Israel insisted that there were military targets in that building and they destroyed it as humanely as possible, even warning people to evacuate it beforehand, destroying a civilian residence sure seems like a war crime, regardless of whether you send a courtesy heads-up text.”

Oliver added that whilst ‘both sides are firing rockets…one side has one of the most advanced militaries in the world’ and ‘if you believe Israel’s actions are warranted this week, you’re welcome to try and make that argument.’

He noted the ‘complicated’ nature of the issue, he called out the actions by the USA: “If America really wants to help, they might seriously want to consider changing their longstanding position here because for decades the backbone of America’s policy in the Middle East is that America is an ‘unwavering’ friend of Israel which is a great thing to try and be but at the end of the day, I would hope that a real friend would tell me when I’m being an a**hole”.

The public response to Oliver’s comments on Twitter was astounding in its support:

For more pieces regarding humanitarian issues and social climates in the US, check out this  article about the update to George Floyd Square.