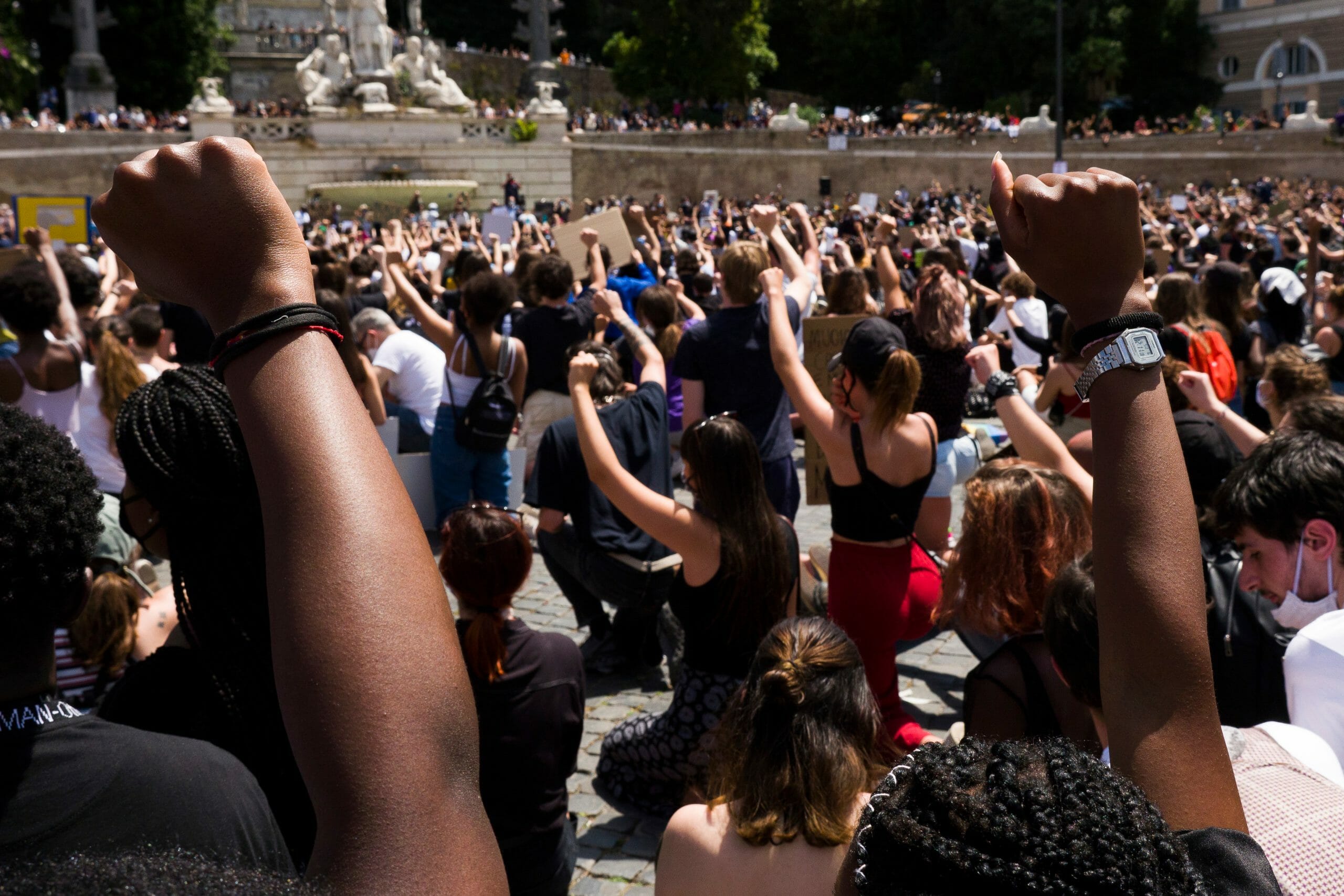 On August 1st, a vile racialized attack broke out on the streets of Civitanova, Marche. Alika Ogorchukwu, the 39-year-old Nigerian man, was filmed by bystanders being beaten to death by an Italian man. None of those filming or present intervened until it was too late.

With the massive BLM movement that took over the globe these past two years, it is hard to forget that tense racial relations are still unresolved. Not only is racism and brutality a call for justice in America, where BLM headlined, but we should also recognize the severity of racism across other continents, such as Europe.

At the start of this month, we were reminded once more that even European countries have a long way to go to properly learn and instill anti-racist sentiment amongst their multi-ethnic and multi-cultural populations.

The death of Ogorchukwu, who made his living by trading goods on the street, occurred in the city center of Civitanova, Marche, on the north-eastern coast of the peninsula.

There is video footage documenting a white man throwing and holding Ogorchukwu down to the ground and assaulting him repetitively. Ogorchukwu was disabled and used a crutch to walk around. At a certain point in the video, we see the white man use the crutch to beat Ogorchukwu. Locals on site have reported that the attack allegedly began after Ogorchukwu approached the man and his partner for a trade, and attempted to compliment his girlfriend to encourage the small sale. It is obvious to say, it did not encourage any sales.

The attacker has been identified as Filippo Ferlazzo, 32. Ferlazzo has now been arrested under suspicion of murder.

Since the incident, hundreds of people gathered to protest against the brutality that occurred in the streets. There is a strong sentiment for the government and the populous of Italy to readdress and change its attitudes towards minorities and migrants, demanding justice for those that have suffered brutality because of it. Ogorchukwu’s wife, Charity Oriachi, was also present at these protests. Oriachi exclaimed there would be justice for her husband’s murder, and she asked the nation to stand by her side in this fight.

All I want is justice for my husband. I want the person who killed him to pay dearly for it.

Although the way that Civitanova Marche has come together since the incident to raise awareness of the dangers of racism that has not yet been wiped clean, the video itself does not depict any bystanders or informative locals intervening or trying to put an end to the assault.

Enrico Letta, leader of the liberal Democratic Party (PD), took to Twitter to express his condolences and claim “there can be no justifications” for such a murder. The Tweet reads: “The murder of #AlikaOgorchukwu leaves us dismayed. The unprecedented ferocity. Widespread indifference. There can be no justifications. Nor is silence enough. The ultimate outrage to #Alika would be to move on and forget.”

This racist incident occurred just a few weeks before the Italian government an election. The snap election predicts far-right coalitions to form the next government which triggers fears for many Italian inhabitants. Italy is home to many migrants, but stringent immigration policies would only heighten the divisive attitude there already resides in Italy, as made evident by the attack on Ogorchukwa. As more victims are taken from the vile violence of racism, we can take this opportunity to highlight the importance not just of preaching or tweeting a good sentiment, but of taking action when action is truly necessary. Instead of standing by, hoping for Ferlazzo to get off of Ogorchukwu, one should see it in them to intervene and step in themselves when they see it is necessary. The fight to end racism is far from over, both at home and abroad, but it does not mean we should give up now.

Read here about how Apple attempted to challenge systemic racism after investing millions in new projects.