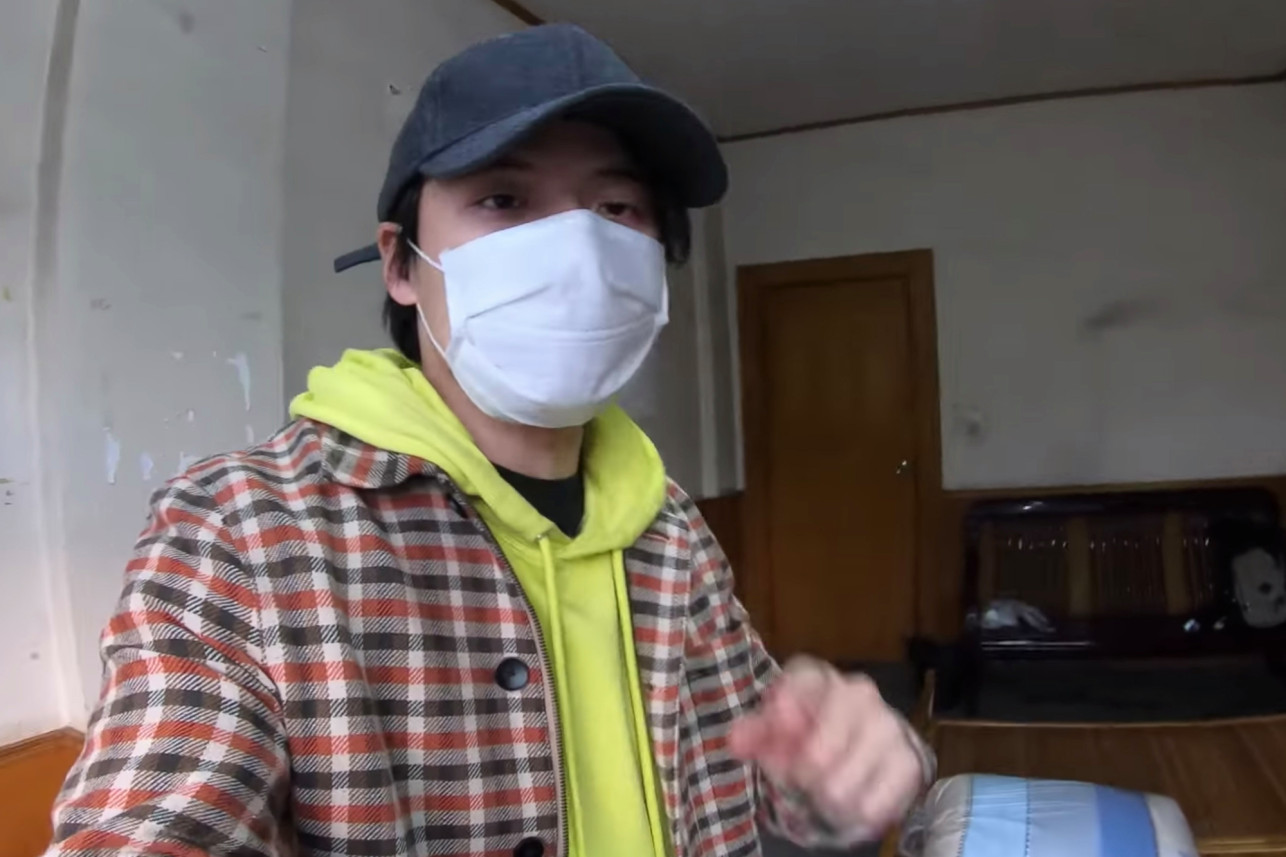 A Chinese citizen journalist who went missing for almost two months whilst reporting on the coronavirus (COVID-19) outbreak in Wuhan has reemerged, saying that he was detained by police and quarantined.

Li Zehua was last seen on the February 26, in a video in which he was chased by a white SUV and an hour-long livestream which captured footage of purported security agents entering Li’s apartment.

In a video recently posted on YouTube, Li explains his disappearance.

Li says that on February 26, while driving in the Wuchang district in Wuhan, a white SUV pulled out in front of him and the people in the vehicle asked him to stop. Li panicked, and continued driving, while the van proceeded to chase him, recording the video which he posted online later that day.

Upon returning to his apartment, Li heard loud noises outside his door and saw several people standing outside in what appeared to be police or security uniforms, with two people wearing protection coveralls knocking on the door. Li silently sat in his room on his computer for three hours, until the inspectors knocked again, reassuring him to open the door.

After opening the door, three people entered Li’s apartment, identifying themselves as police. Li left his apartment with them and was taken by police car to Badajia Police Station in Qingshan District, Wuhan City, being accused of disrupting public order.

The police director decided not to punish Li, but because he had visited “epidemic sensitive areas”, such as crematoriums in the Qingshan District, he would have to undergo quarantine. All of Li’s electronic devices were temporarily entrusted to a friend, and Li was sent into isolation. He was allowed his camera.

Li praised the treatment of the police during his quarantine, claiming that “the police acted civilly and legally, making sure I had rest and food” and that “They really cared about me”. The patriotic and praiseworthy tone of Li’s recent video is markedly different from his previous videos, in which he reported on a local neighbourhood’s attempts to cover-up infections, interviewed sick residents and visited a crematorium. Then, Li said:

I don’t want to remain silent, or shut my eyes and ears. It’s not that I can’t have a nice life, with a wife and kids. I can. I’m doing this because I hope more young people can, like me, stand up.

May God bless China, and the people of the world unite.

This has led to the usual Western conspiracy theories about the injustices and lies of the Chinese government, and suspicions that Li was subjected to extreme torture and brainwashing to change his sentiments about the COVID-19 outbreak. I’m not sure quite what to believe, but if the Chinese government is truly lying and attempting to cover up the extent of the COVID-19 outbreak, it is definitely not alone in its attempts to withhold information from the public.

Speaking of quarantine, click here to read about the best things to do during COVID-19 quarantine.