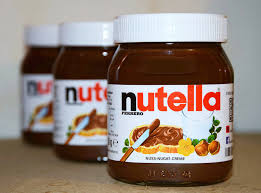 A refrigerated trailer containing twenty tonnes of chocolate goodies has been stolen from the town of Neustadt, Germany.

The goods are thought to primarily have consisted of jars of Nutella and Kinder Surprise Eggs, as well as Valparaiso Chocolate Fruit Pearls. The value of such has been estimated to stand at around €70,000, or £63,000.

The local police have issued a statement asking the public to be wary, stating “Anyone offered large qualities of chocolate via unconventional channels should report it to the police immediately”.

It is thought that the thieves must have had their own lorry to haul the trailer.

The motive behind the theft is uncertain, with the police adding “It’s not even clear if they were after the sweets of after the trailer at this point we don’t know what their motive was”. It is also unclear whether the theft was planned or a spur of the moment decision.

There is a possibility that the incident is connected to the theft of a similar, but this time empty, trailer in the town of Weimar, 25 kilometres away, on the same day. Additionally, another trailer carrying thirty tonnes of fruit juice has recently been stolen, again valued at €70,000.

Nutella seems a popular good to steal, as in 2013 in Niederaula, another German town, five tonnes of Nutella was stolen from a lorry.

To read about another lucrative theft, check out these thieves stealing from an apple shop by dressing up as employees.