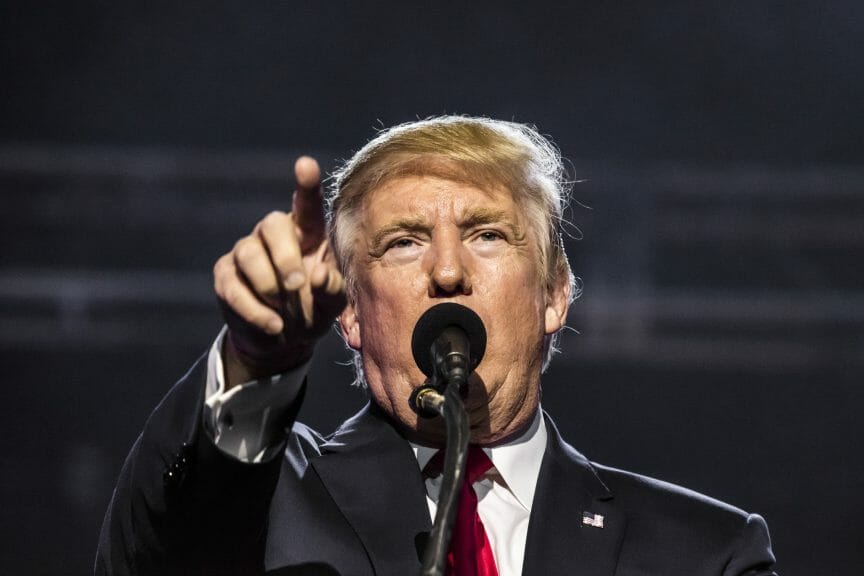 A Florida judge has handed the former President of the United States of America a fat fine alongside one of his representative attorneys.

On Thursday, former US President Donald Trump got served. A Florida judge handed Donald Trump and one of his attorneys a nearly $1 million fine due to filing a ‘bogus’ lawsuit in 2016.

The lawsuit was filed against Hilary Clinton and others on her team, by Trump. This is now seen as having been a waste of time and highlighting a “pattern of abuse of the courts,” as quoted by US District Judge Donald M. Middlebrooks.

The District Judge Middlebrooks claims Trump has filed far too many ‘frivolous lawsuits’ for purely political purposes and not legal justified reasons. This attitude undermined the purpose of the law and causes a severe obstruction to actual justice being served.

Here, we are confronted with a lawsuit that should never have been filed, which was completely frivolous, both factually and legally, and which was brought in bad faith for an improper purpose

Indeed, the lawsuit of 2016 bothered the judge so much that Trump and his attorney Alina Habba have to pay an exact sum of $938,000 to the defendants.

He is the mastermind of strategic abuse of the judicial process.

Middlebrooks was also the judge in charge of dismissing the lawsuit Trump filed against Clinton back in 2016, including the lawsuits against former top FBI officials and the entire Democratic Party. Trump’s reason for that lawsuit was claiming that their allegiance to Russia was in order to cause him to lose his presidential campaign, winning at the time.

The lawsuit was dismissed because it contained “glaring structural deficiencies” and many of the “characterizations of events are implausible,” as per Middlebrooks’ claims.

This is not the first time that a public spokesperson calls out the attitudes of Donald Trump in lieu of misbehavior regarding public structures. But will it end any time soon?